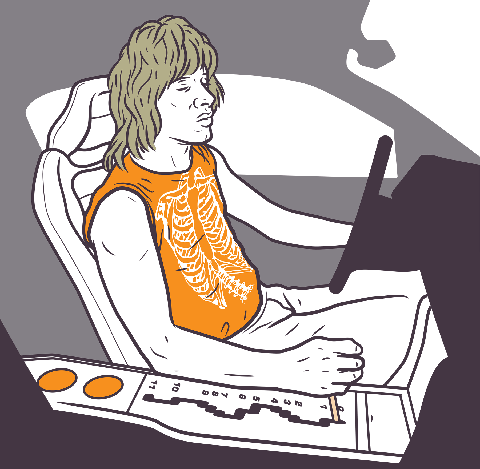 Illustration by Moron EelCar and Driver

October’s issue includes our annual 20 Questions feature. You can find this and 19 other questions–and answers–there.

Plot a graph of the average number of gear ratios offered across the market by year and you’ll end up with a gently rising slope that suddenly hooks skyward. The Ford Model T had two, and it took decades for transmissions with three or four gears to see widespread use. But in the early part of the 21st century, we’ve seen the average shoot up as six-, seven-, and then eight-speed autos became commonplace. More recently, Ford and GM raised the bar to 10 with their jointly developed longitudinal box.

These modern gearboxes are complex pieces of engineering that allow substantial efficiency gains, especially when paired with turbo­charged engines with plentiful low-end torque. Yet despite Honda’s patent for an 11-speed triple-clutch automatic transmission, we are quickly approaching peak gearbox. That’s because increasing the number of speeds also increases friction and rotating mass to the point of diminishing returns, but it’s also because of the growing prevalence of hybrid systems. Electric motors can add torque to the parts of the rev range where a combustion engine might leave drivers wanting, quickening responses and covering the perceived gaps in a vehicle’s gearing. “You simply won’t need as many ratios to do the same job,” Andy Palmer, former head of Aston Martin and a former transmission engineer, told us recently. “Plus, if you carry on adding ratios, you get to the point where you might as well just make a CVT.” And nobody wants that.

This content is created and maintained by a third party, and imported onto this page to help users provide their email addresses. You may be able to find more information about this and similar content at piano.io