Inside the car is a cabin that seems of a slightly bygone era compared with Audi’s latest new-model arrivals, both large and small. The fascia’s not quite so rakishly angular in its styling as was that of last year’s A3, nor has it been nearly as widely decluttered as the bigger Audis now have. There are still plenty of rows of physical buttons and knobs for adjusting things here: what joy.

Second-row passenger space is just a little bit meaner than you might expect from a high-sided car but will still be big enough for most full-sized adults. The boot lacks the dishwasher-swallowing loading height of a proper SUV, although it’s pretty generous in other respects. Unless you’re in the dishwasher trade, then, the compromise to practicality does indeed seem pretty negligible.

One thing that you won’t find in the Q5 Sportback is any kind of separate input device for the infotainment system. The regular Q5 lost its touchpad as part of its recent facelift, and so the free-standing 10.1in tablet-like infotainment system is touchscreen only. It’s actually pretty easy to navigate thanks to a useful system of menu shortcuts. 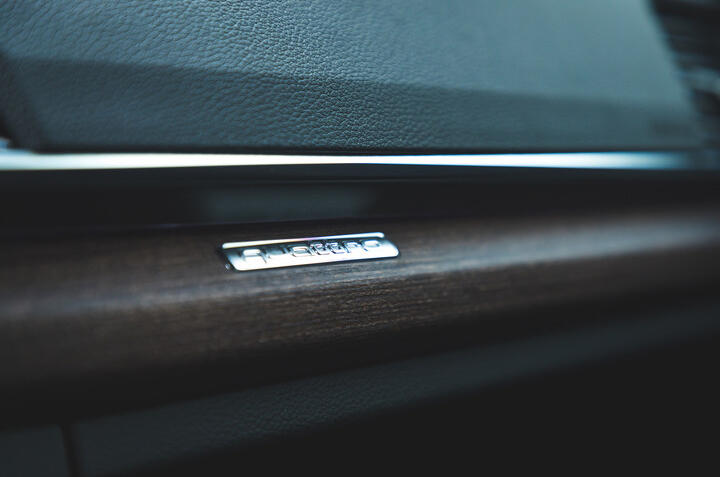 Our test car struck a high standard for both fit and finish and material richness, with a mix of black and brown leather and wood veneer trim that made for a welcome change from the typical black-or-grey-with-aluminium-or-carbon garnish that you typically find in a modern Audi. Since the Audi UK model configurator makes no mention of the combination, though, we fear it may have been a quirk of left-hand-drive German specification, which seems a shame.

58 mins ago
New Maserati Levante Hybrid brings improved agility and efficiency
3 hours ago
New 2022 Nissan X-Trail brings unique ePower tech
4 hours ago
Audi A6 E-tron Concept previews 2023 electric saloon
4 hours ago
Opinion: Why the A6 E-tron is an Audi that really matters
4 hours ago
Inside the industry: How luxury brands are bouncing back from Covid