This is the new Citroën C4 with a traditional powertrain, and it’s one that the PSA Group uses a lot.

I remember being in a design studio being told how Citroen was going to give its cars and SUV-like look but without the traditional drawbacks of an SUV or 4×4 that lead to inefficiency. It had decided it would try to add some rough looks without the big frontal area or tall ride height and this is that plan in action.

Quite an interesting-loooking car, no? At 1520mm high it’s 25mm or so taller than a Ford Focus and here runs on tall 60-profile tyres, quite balloonish by most standards. Body cladding adds to the effect too. Its roof is a little lower than a Toyota C-HR, itself barely a crossover.

This one is powered by a 128bhp (badged 130) 1.2-litre three-cylinder turbo petrol engine driving through an eight-speed automatic gearbox. So if you’re not able to take the EV plunge yet, maybe this is the one for you. 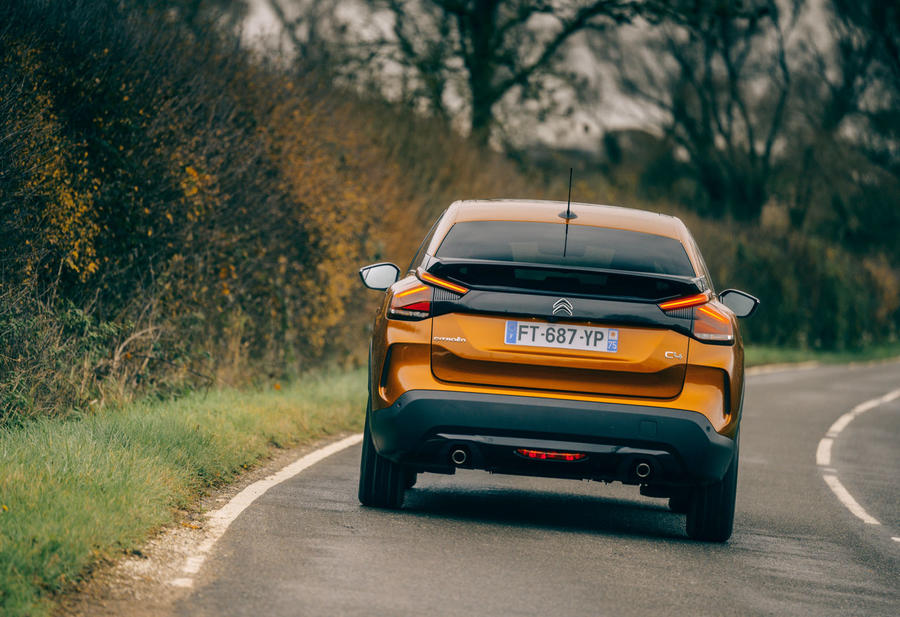 Or maybe it isn’t. Sometimes engineers in the business talk about the 50-metre test: how a car feels in those first few seconds. This doesn’t even wait that long to feel genuinely poor.

The pedals are non-linearly responsive and the steering is impossibly light and indirect. It feels like somebody has taped big car-washing sponges to the soles of your feet and the palms of your hands and then challenged you to drive a car. It’s like it has never spent any time at all in the company of a ride-and-handling engineer. I don’t think this is how you do rolling comfort. Yes, there’s reasonable isolation, but I found its responses exhausting.