Subtle exterior badges aside, there’s little to differentiate this Fiesta from any other version. The presence of a battery makes no impact on rear leg room or luggage capacity, and only a back-to-back drive with the outgoing model would reveal any impact on ride quality caused by the minor weight gain.

The function-over-fashion interior isn’t as minimal as some rivals, with plenty of physical buttons and switches instead of everything being relegated to the infotainment touchscreen – but that’s hardly a criticism in our book. A new set of icons on the instrument cluster, which highlight when the motor is recuperating energy under braking, or dishing it out under acceleration, are the only clue to what’s going on under the bonnet.

The former is handy, because the Fiesta disguises its regenerative efforts very well indeed. The brakes are a lot less grabby than the ones on Suzuki’s mild-hybrid Swift, gradually stripping off speed and encouraging you to coast from further back as you approach traffic queues – something you’ll need to do frequently if you want to match Ford’s WLTP-tested fuel economy figures. The stop/start system is also very smooth and it’s quick to react when it’s time to get moving again.

Electrical assistance arrives from low revs and is blended to match the engine’s torque curve under gentle acceleration, which helps the throttle feel that bit more responsive at slower speeds. It’s not seamless and off-boost acceleration can sometimes be lacking, but only momentarily. Switch to Sport mode and things sharpen up, the battery combining with turbo overboost in the higher gears to make for satisfying progress.

The three-pot retains its thrummy, characterful exhaust note, and the six-speed gearbox has the same slick shift action we’ve come to expect from the Fiesta. Precisely weighted controls inspire confidence and help you make the most of the available power.

It remains just as enjoyable to drive as any other Fiesta, with responsive steering, plenty of grip and a fantastic chassis that rewards keen drivers. And although the 18in alloy wheels fitted to our ST Line X test car do have an impact on ride comfort, only the worst road surfaces properly announce their presence in the cabin. 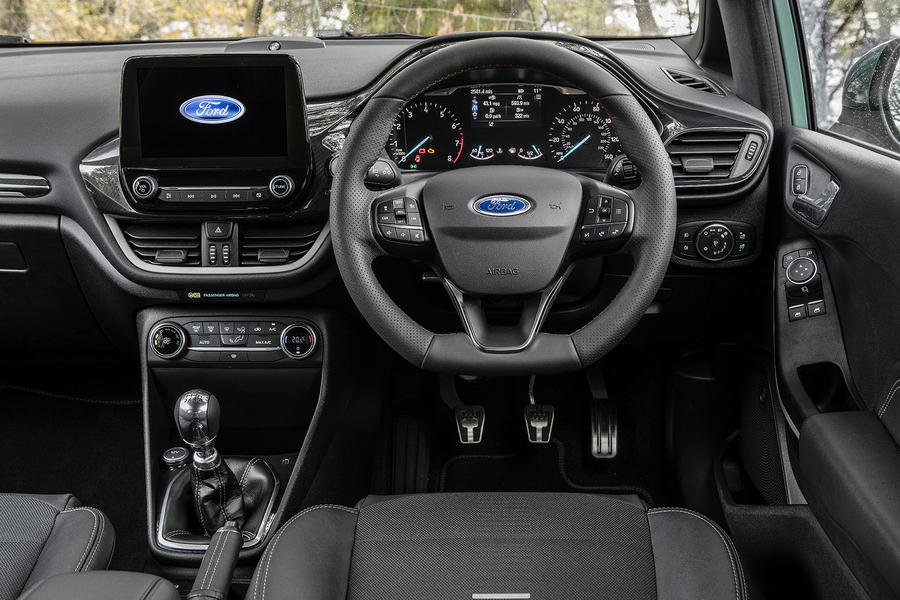