Our press car came equipped with the Takumi pack, with its great-sounding Mark Levinson sound system and larger (10.3in) infotainment screen. But as we’ve mentioned previously about the hybrid UX, we do wish its distinctive-looking interior was backed up with a little more substance. Because although it feels well screwed together, there’s far too much scratchy plastic on display in lower sections of the cabin for a car at this price point.

Despite the UX 300e gaining Apple CarPlay and Android Auto, you still have to navigate your preferred system using the fiddly laptop-style touchpad located between the front seats. Compared with the slick touchscreen-based infotainment systems in a Model 3 or Polestar 2, it feels distinctly old school.

The car is, at least, pretty simple to drive and pleasingly brisk around town. Okay, it’s not Model 3 quick, but the UX 300e feels faster than its numbers suggest, such is the eagerness of its acceleration, which is on tap the moment you put your foot down. In fact, if the road is wet, the UX relies quite heavily on its traction control system to prevent its front wheels from spinning up.

There are several drive modes to choose from (Sport provides the best throttle response) and two trailing-throttle energy regeneration regimes – ‘D’ and ‘B’. In the latter, you can use the paddles behind the steering wheel to increase regen, but even in its most aggressive mode, it doesn’t quite allow for ‘one-pedal driving’.

Perhaps if the regen effect was a little stronger, it might make the power in its 54.3kWh battery go a little further. As it is, though, we’d expect to see around 150 miles in mixed real-world conditions.

To handle the extra weight of the batteries, extra bracing has been added over the regular UX hybrid and the dampers reworked to maintain optimum weight distribution, but don’t go thinking the UX 300e is a ‘sporty’ proposition. The steering is accurate enough but lacks feel, the brakes are a bit mushy, and although it changes direction keenly enough, there’s plenty of body roll if you go thundering in to a tight corner. This soft set-up does at least deliver a respectable ride, especially around town. 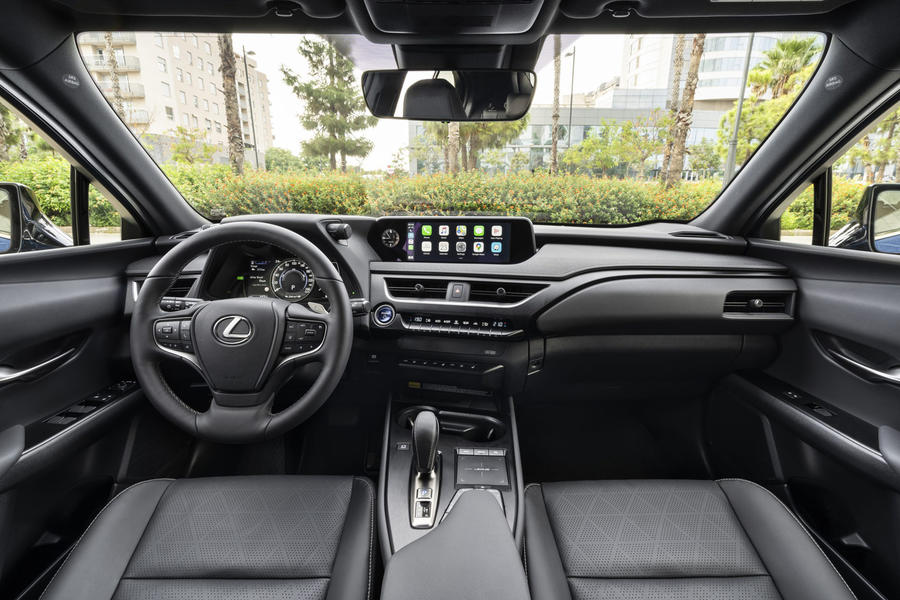