There hasn’t always been a Golf Estate. In fact, it wasn’t until the third-generation Golf that Volkswagen decided buyers might warm to the added versatility of such a model.

Since 1993, though, it has been a mainstay of Volkswagen’s line-up, growing ever larger and offering greater load space in each iteration.

This latest one continues that theme, being 71mm longer than its predecessor, at 4633mm. The wheelbase gets 67mm of that extra stretch, the rear overhang the rest. It’s a moderate increase but rectifies one of this model’s weaknesses over the years: rear leg room, which has increased by 38mm.

Load space has risen, too, if only by six litres to 611 litres under the cargo blind. Overall, the Golf has 1642 litres, 22 more than before, when the split folding rear seat is down. By comparison, the Ford Focus Estate offers 608-1653 litres. 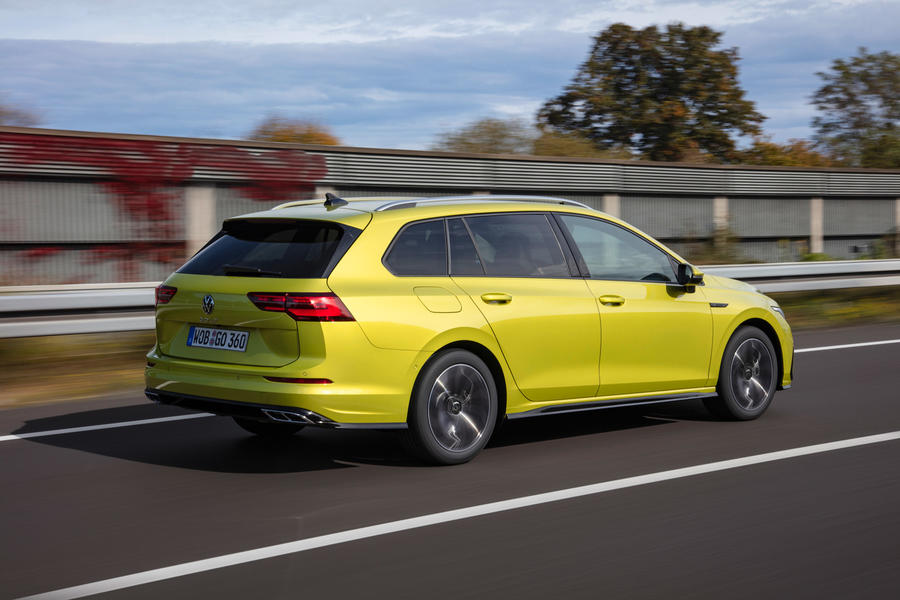 The roomy interior mirrors that of the Mk8 Golf hatchback, with a contemporary new dashboard that’s big on touchscreen digital controls and less so on physical switches. There is a lot of hard plastic within the upper section of the fascia, but it all appears well put together.

The new estate has the same range of three- and four-cylinder petrol and diesel engines as the hatch, too, including 48V mild-hybrid petrols. Traditionally, though, diesels have underpinned UK sales. The more powerful of the 2.0-litre TDI models driven here, with its standard seven-speed dual-clutch gearbox, adopts the twin-dosing AdBlue process with two SCR catalysts to cut NOx output.