But anyway, it remains an impressively civilised machine to drive. Let the electric motor take charge of proceedings and you will find adequate thrust and a keen throttle response on offer at lower speeds, all of which is accompanied by a subtle whirring that could sound like a high-pitched Subaru boxer to someone with a very active imagination.

As you roll out of town and decide to bury your foot a little deeper into the pedal’s travel, the manner in which the petrol engine then sparks into life and pitches in is pretty seamless, too. It’s a slick, refined powertrain this, and one that doesn’t really seem to run out of punch unless you purposely spin the engine’s revs right up to the redline.

However, if you choose to engage GTE mode and absolutely nail the accelerator, you will notice a few things. First is a rather dramatic rearward weight transfer that makes the already quite light steering go a wee bit lighter; and second is a tendency for the car to tug from left to right ever so slightly as it deploys its power to the road. But really, these are fairly minor complaints, because the Tiguan quickly composes itself and the performance it then conjures is surprisingly potent. You won’t have too much trouble performing overtakes, that’s for sure.

Its handling isn’t what you would call sporting but is entirely agreeable nonetheless. It changes direction keenly and accurately enough, with a bit of body roll and squealing of tyres if you find yourself barreling into a corner a bit too enthusiastically. Grip doesn’t feel drastically short either, but if you’re apeish with your inputs, you will set the traction control light flashing.

The ride is pretty good, too. Its vertical body control over long-wave inputs is decent and the few bumps we could find on our test route were smoothed over in a decidedly nonplussed fashion. 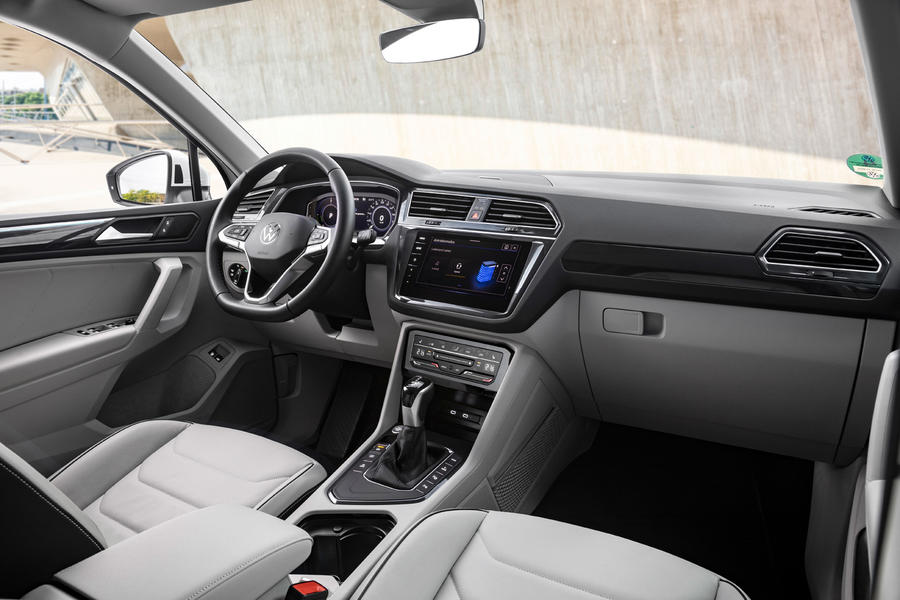