It’s certainly fast. Volvo claims a 4.9sec 0-62mph time and, when fully unleashed, the Recharge’s instant urge makes it feel every bit as quick as that figure suggests. Even under hard use, the electric powertrain is near silent, and although acceleration tails off at higher speeds, it won’t take much space to confirm the presence of the 112mph speed limiter that Volvo now fits to all of its cars.

Running at high speed will obviously devour range but you will be entirely unsurprised to hear that flat-out progress doesn’t feel like an appropriate way to drive the Recharge. Soft suspension settings make for a nose-up attitude under full throttle, with dive under hard braking and lots of lean under bigger cornering loads.

The potent powertrain has no difficulty in motivating the Recharge’s sizeable 2188kg kerb weight, but the effect of the mass is obvious when asking the car to change direction, and also over anything other than smooth Tarmac. Even small imperfections send a shimmying motion through the chassis and the passive dampers struggle to maintain order on rougher roads, our test car’s 20in wheels likely not helping matters. There’s something Bentley-ish about the combination of so much effortless performance and such a laid-back chassis, which is not a line I was expecting to write.

A one-pedal driving mode can be selected, allowing forceful retardation when the accelerator is lifted. It actually proves a bit keen for smooth operation in stop/start traffic. Allowing the car to coast and regulating both regenerative and friction stopping through the brake pedal feels more natural. Volvo’s smart lane-following Pilot Assist cruise control remains an excellent way to deal with cruising and congestion.

The Recharge is also the debut vehicle for Volvo’s new Android-based infotainment system, with large and crisply rendered icons for various apps and an intuitive interface. But despite Google’s brainpower, the map app of our test car looked and worked less well than the best manufacturer systems, failing to clearly label major conurbations when zoomed out, and with minor roads looking like black cracks on the high-definition screen. Volvo says it wasn’t final spec, which is good because it still needs work. 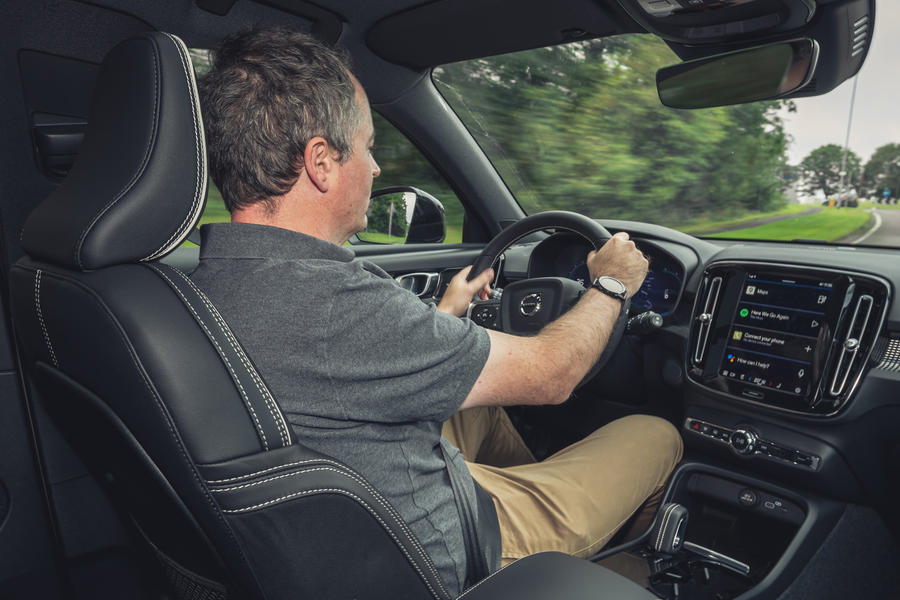