The touchscreen itself has high-resolution graphics and large icons and comes with all the features you would expect in a car costing almost £27,000, including satnav, Bluetooth, DAB radio, Apple CarPlay, Android Auto and a wireless smartphone tray inside a lidded compartment below. It’s certainly a lot better than that of the original 2008, even if its menus aren’t always obvious and you have to use it to adjust the air conditioning – a common pet peeve. Thankfully, there are buttons to turn off the fan and to bring up the temperature menu.

The other highlights of the GT Line trim’s equipment list are a reversing camera, heated front seats, 18in diamond-cut two-tone alloy wheels, a gloss-black fake diffuser, twin tailpipes, a diamond-black roof, a leather GT steering wheel, full LED headlights and LED daytime-running lights and eight-colour ambient lighting. To that has been added an opening sunroof, adapative cruise control, blindspot monitoring and parking assistance, so there are plenty of features for me to explore.

The signs are all there, then, that the 2008 will continue Peugeot’s run of sparkling form. So much so that I’m looking forward to discovering whether this should be your compact crossover of choice over the Ford Puma and Nissan Juke – both also new members of our fleet.

There’s no doubt that the new 2008 has more visual character than the original, which always sat in a bit of a no man’s land, being too anodyne to stand out yet not competent enough to lead the class objectively. It had its merits: strong, frugal engines and decent ride comfort, but the user-unfriendly touchscreen did it no favours. Peugeot has improved on the latter front at the very least.

Back to the top 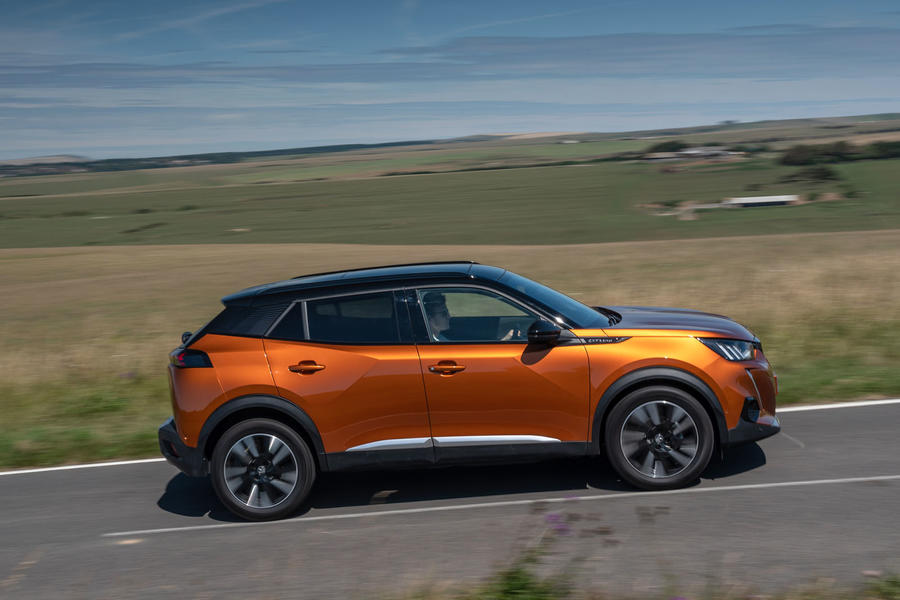