We’ve covered the Corsa-e’s range and susceptibility to inclement weather in previous reports, so I won’t dwell on the matter, but it’s worth prefacing this instalment with the caveat that the EV’s most recent excursion left a sour taste.

I left home with 99 miles of range showing, but my cul-de-sac must be longer than I thought, as 87 miles were showing by the time I’d left the neighbourhood. Just 25 miles later, I was standing in the pouring rain at Cobham services, desperately trying to coax life out of the sole unoccupied Ecotricity charger on site.

Even with Eco mode on, the cruise control set to 62mph and all unnecessary systems switched off, the Corsa-e lost 10 miles of range for every five I covered on the M25, making it impossible to gauge with any certainty whether I’d arrive at my parents’ house for Sunday dinner – a real emergency. That night, I nursed it home through London at 20mph, rather than risk exhausting my 40 remaining miles on the motorway and being left stranded.

I know that all electric cars are less energetic in the cold and that extended motorway driving guzzles volts far quicker than nipping around town, but such discrepancies between indicated and actual range aren’t easily forgiven. Having been left on charge for a week following this incident, the Corsa-e has an indicated 149 miles – rather less than its official maximum of 209 miles. Suffice to say, my time in Sport mode – and increasingly even Normal mode – has been restricted to brief slip-road bursts and final-mile shenanigans.

Oh dear, I seem to have dwelled after all. Happily, there are plenty of positives to highlight, too, not least how vastly preferable this electric version of Luton’s supermini is to pilot through urban areas compared with its combustion-engined counterpart.

Our orange petrol-powered Corsa was a satisfying steer and scored highly in the refinement rankings, but I found its eight-speed automatic gearbox to be rather oddly geared and its 99bhp 1.2-litre motor to err on the wrong side of adequate, both of which prevented a clean start in green-light getaways.

Obviously, neither is an issue with the EV, but I’m also enjoying its tight turning circle, quiet cabin and surprisingly well-damped suspension. I keep having to remind myself that there’s 200kg of added bulk under the floor, such is its unflappability over speed bumps, level crossings and the like.

Regenerative brakes Essentially on or off. It would be nice to have more variation. 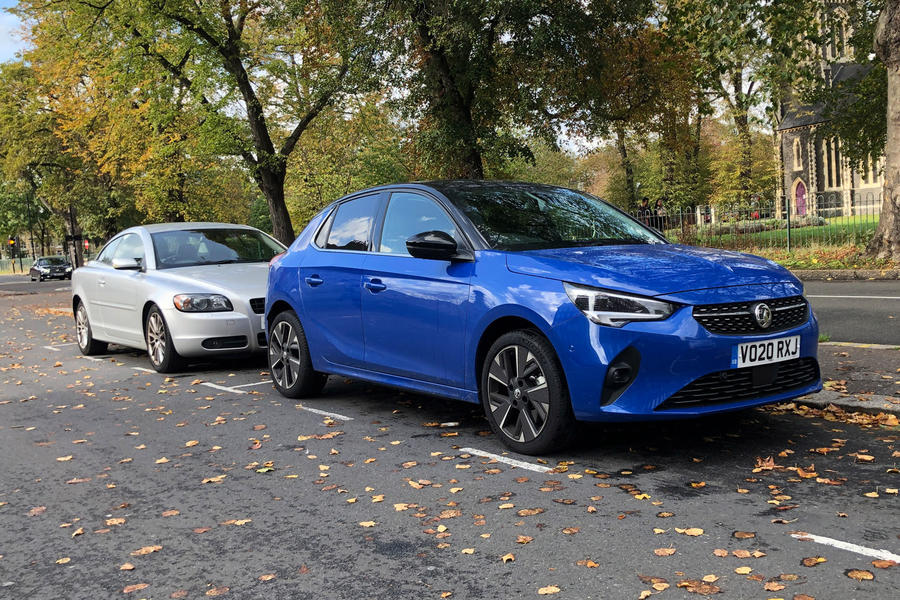