An updated version of the Seat Arona has been spotted on public roads for the first time.

Seat’s junior SUV isn’t expected to go on sale until the end of next year, but early prototypes have now been seen in the French Alps undergoing dynamic testing.

While the test mules are disguised, the camouflage hints that this will be fairly minor facelift, concentrating on the front and rear ends of the car. It appears to be sporting headlights similar to the ones seen in the current Arona, though this may change before the production model is signed off.

A new mesh design can be seen on the front grille, the lower part of which appears to be smaller than the existing car’s. The rear end appears largely the same as before, with visible exhaust tips suggesting it is the sportier FR model being tested. 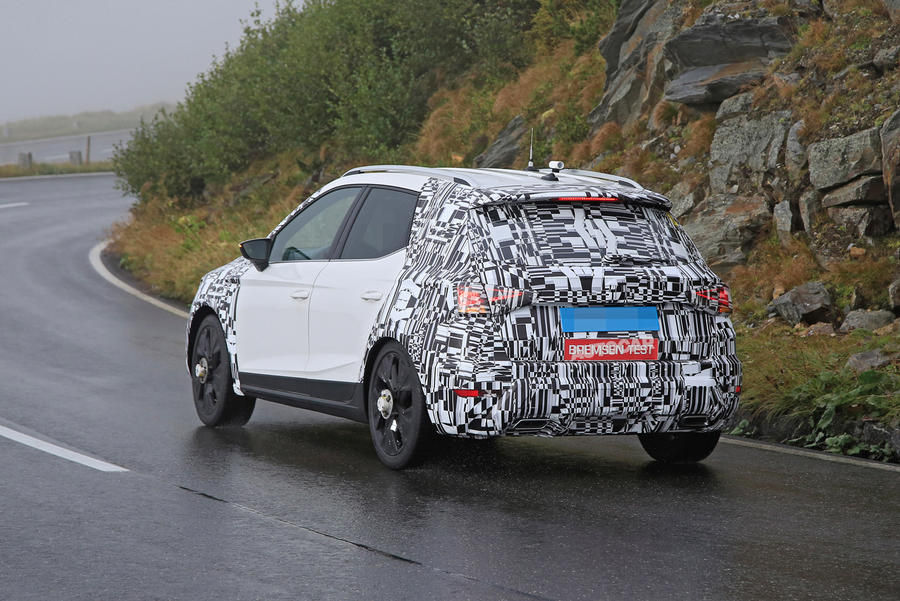 Though these initial images give no indication towards interior changes, it seems certain the new model will recieve a variation on the technology upgrades seen in the recently facelifted Ateca SUV.

At this early stage it is unclear whether the Arona will be recieving any new engines. Seat recently dropped diesel from the UK line-up, leaving a 1.0-litre three-cylinder petrol in several states of tune as the sole engine choice.

Hybrid technology may be on the cards, with the company recently committing to spending £4.5 billion on electrifying its line-up by 2025. Other VW Group models have begun using 48v mild-hybrid powertrains, though none are currently based on the Arona’s MQB A0 platform.

The Arona has been on sale for around three years now, and is currently one of Seat’s most popular models, helping the company break its sales record last year with 574,078 vehicles finding owners.