Perhaps surprisingly, given that cars have tended to become bigger, the Astra, which technically sits in a lower class than the Victor, is notably shorter, at 4.37m, although with a similar 2.66m wheelbase. It’s wider, mind you, at 1.81m, which is no great surprise, considering modern safety demands. It’s claimed to be lighter, at 1280kg, but I suspect there isn’t much in it once the cars are laden. 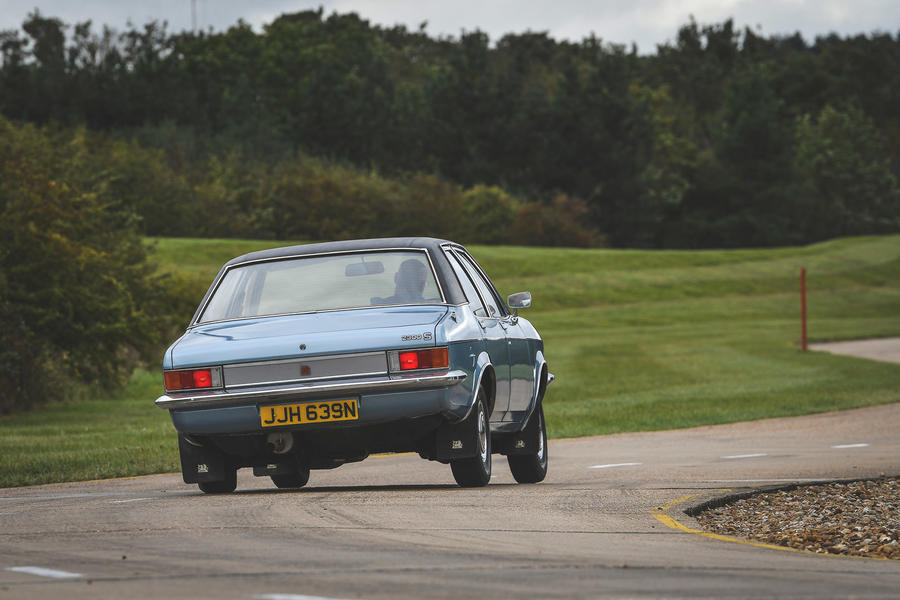 The bigger numerical differences, then, come in the powertrain. The Victor, in its 20 April 1972 Autocar road test, managed to get from 0-60mph in 12.4sec, although these things aren’t totally representative, because that car was fitted with the optional three-speed automatic gearbox, not the standard manual.

We don’t have any as-tested figures for the latest Astra, but we don’t usually have difficulty hitting Vauxhall’s claims, either – a 0-62mph time of 8.8sec (call it 0-60mph in 8.5sec) is a 30% improvement in acceleration, with an engine half the size and the wrong driven wheels for a quick getaway.

It’s also vastly less consumptive. While we have trouble meeting most official fuel economy figures, the Astra in our experience will approach 50mpg in mixed driving. The Victor returned an average of 21.6mpg on test.

When we last road tested an Astra, it stopped from 30mph in 8.2m, while the Victor wanted an additional 1.5m – 18% more road – to stop. Although retardation of 0.95g is pretty good going for the old-stager.

The differences feel more marked when you drive the pair. Most of Millbrook’s roads and tracks still follow their original layout, inspired by the Milford facility. Arranging them was “like trying to follow a recipe”, according to John Wathew, who was the Vauxhall engineer put in charge of designing the layout at the time. Most notably, there’s a mile-long straight with both a short and a now rarely used longer approach road (for if you want a higher starting speed), plus a high-speed circular banked circuit with five lanes of differing neutral-steer speeds, on which Millbrook modestly claims speeds in excess of 150mph are possible (Autocar contributor Colin Goodwin once lapped it at 180mph in a Jaguar XJ220). Then there’s a short handling circuit and, perhaps best known of all, the Hill Route (aka the Alpine test track): more than four miles of hills with gradients from 6.5% to 26%. It’s still my favourite test route in the country.