The first deliveries of the limited-run Aston Martin DB5 Goldfinger Continuation, an exact replica of the car featured in the James Bond film complete with working gadgets, have begun – with the British firm gathering five of the 25 examples together to mark the occasion.

The £3.3 million creation is an exact replica of the DB5 driven by 007 in Goldfinger, with each handcrafted by Aston Martin Works in Newport Pagnell. More than 4500 hours were spent constructing each example, using original body panels and a 4.0-litre 290bhp in-line six-cylinder engine driven through a five-speed transmission. 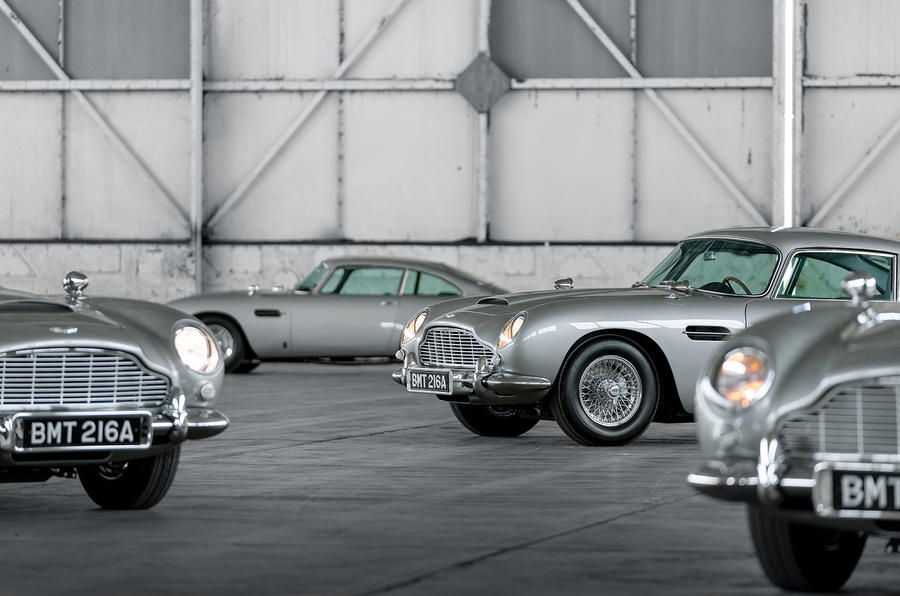 The 25 cars – one for each James Bond film so far – have all been sold, with buyers in Europe, the US and the Middle East. With deliveries under way, Aston Martin gained permission from five buyers to use their cars for a photoshoot, which will likely be the only time that so many examples will be in a single location. 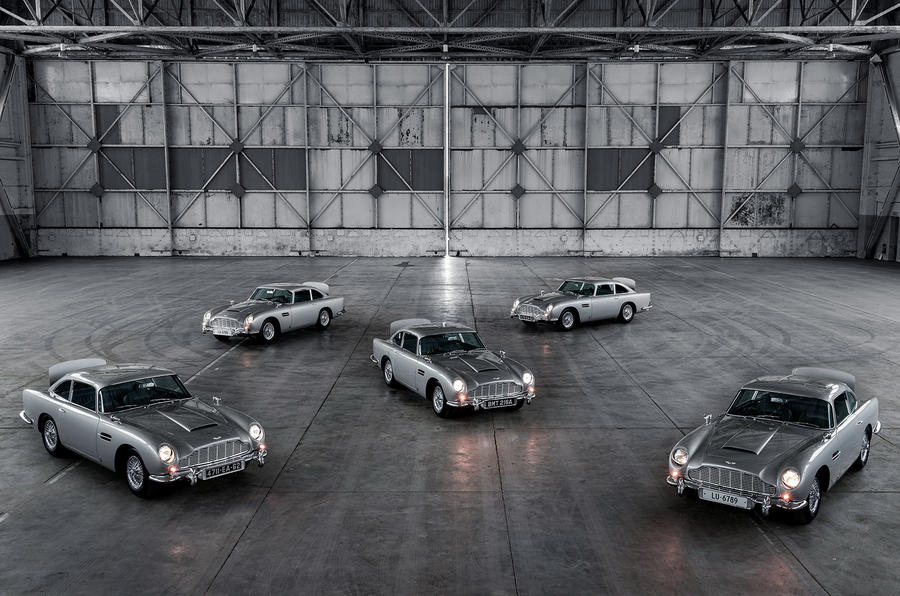 The shoot included a demonstration of several of the working gadgets on the car, which were designed with the help of 007 special effects expert Chris Corbould. They include rotating numberplates – using the licence numbers seen in the film – a ‘bulletproof’ rear deflector, headlight ‘machine guns’, battering rams, an oil spray system and a smokescreen. 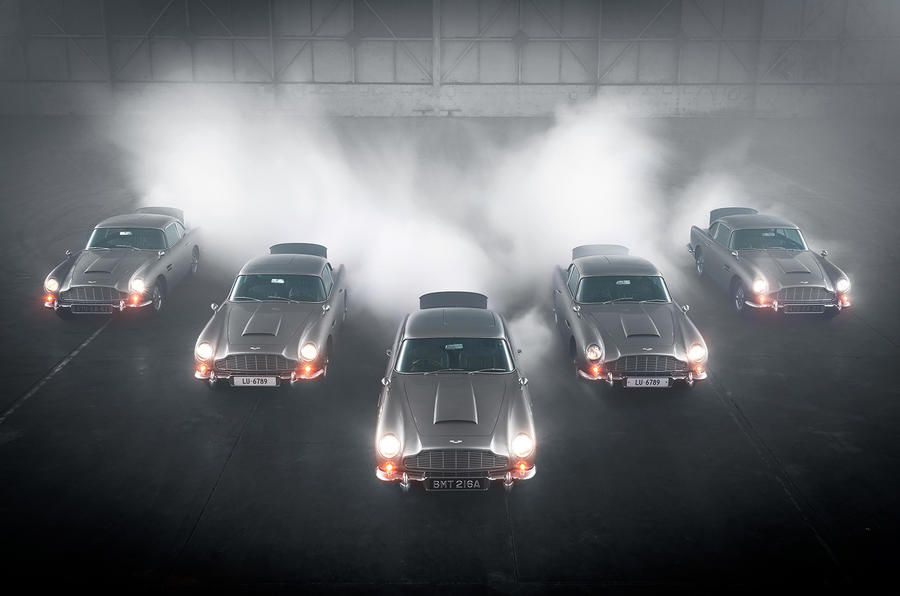