Why the Mazda MX-5 won: It’s affordable and effortlessly entertaining. There is, quite simply, no way to have more fun on four wheels for less.

The MX-5 is just one of the winners in this year’s Britain’s Best Car Awards – see the full list here.

The affordable end of the performance car market may be dominated by hot hatchbacks, but none comes close to delivering the kind of driver engagement you’ll find behind the wheel of an MX-5.

While the hot hatch class continues to grow in size, Mazda’s two-seat sports car retains the compact dimensions of the 1989 original – in fact, it’s slightly shorter – and makes handling purity, rather than outright pace, a priority. So although it lacks the rear seats and luggage capacity that make a hot hatch such a usable everyday proposition, it stays small enough to be enjoyed on even the narrowest of B-roads.

Today’s fourth-generation car proves endlessly entertaining without needing enormous amounts of horsepower, rejecting forced induction in favour of a naturally aspirated engine. A recent mechanical upgrade may have raised the more potent 2.0-litre variant’s output slightly, but you’re still able to explore the entirety of its rev range while staying at road-legal speeds. Even the more modest 1.5-litre, with its 128bhp that stays more true to the original MX-5, encourages you towards 7500rpm with every gearchange. Few other modern sports cars can be taken to the redline as and when you choose without worrying about the potential consequences for your driving licence.

The driving experience remains an old-school sporting one, with a sweet-slotting manual transmission that sends power exclusively to our preferred set of wheels – but it’s still outstandingly involving and likeable. Its lightness, 50:50 weight distribution and low centre of gravity let the delightfully responsive chassis come alive through corners in a way that’s unparalleled in its price bracket, while a relative lack of grip ensures you’re able to have fun without pushing the boundaries of what is deemed responsible behaviour. Then, when you aren’t pressing on, it takes mere seconds to throw back the folding roof and enjoy an open-top cruise. 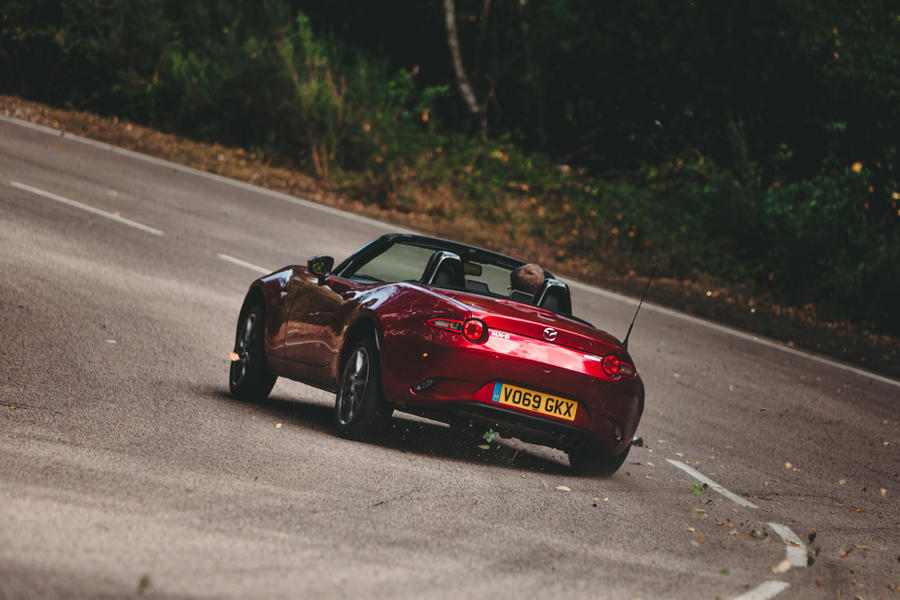 That an MX-5 was able to claim victory in last year’s affordable driver’s car shootout, among four-door rivals boasting significantly more performance, serves only to highlight its charm in a way that goes beyond performance figures and practicality considerations.