Why the Toyota Corolla Hybrid won: Responsive, keen-handling and frugal, it’s a hybrid with as broad a spread of dynamic qualities as any conventional car.

The Corolla Hybrid is just one of the winners in this year’s Britain’s Best Car Awards – see the full list here.

So much about the Corolla speaks volumes – not just about the current corporate health, design skill and technical accomplishment of its maker but also about how Toyota has changed as a firm and where it’s heading next.

If you can remember the car the Corolla replaced two years ago, you probably won’t do so that easily. The Auris was about as ordinary and uninspired as it was possible for a five-door family hatchback to be – memorably referred to as ‘automotive white goods’ by one road tester. It was typical of Toyota’s approach to mainstream car design at the time, when it seemed worried that its earlier hybrids would give it a reputation for making odd cars, so ‘bland and inoffensive’ was about the greatest ambition it had for its everyday models.

Nobody could call the Corolla bland, though. Its bold, handsome design makes an emphatically positive statement and, thanks to a 2.0-litre powertrain and a really polished chassis, nor is it slow or disappointing to drive.

When we first drove the C-HR crossover, we discovered how serious Toyota boss Akio Toyoda was about bringing back verve and dynamism to the firm’s biggest-selling models. The Corolla duly impressed us even more and remains exemplary proof that driving a frugal hybrid needn’t mean driving something dull.

Toyota’s product revolution was made possible at least in part by the TNGA-C platform, which enabled a stiffer body structure and a lower centre of gravity for the Corolla, plus fully independent suspension. The Corolla rides and handles really sweetly – not with the agility of the most sporting of its rivals, admittedly, but with a striking sense of quiet, supple, rounded and linear sophistication that can be produced only by painstaking fine-tuning and really close attention to dynamic detail. 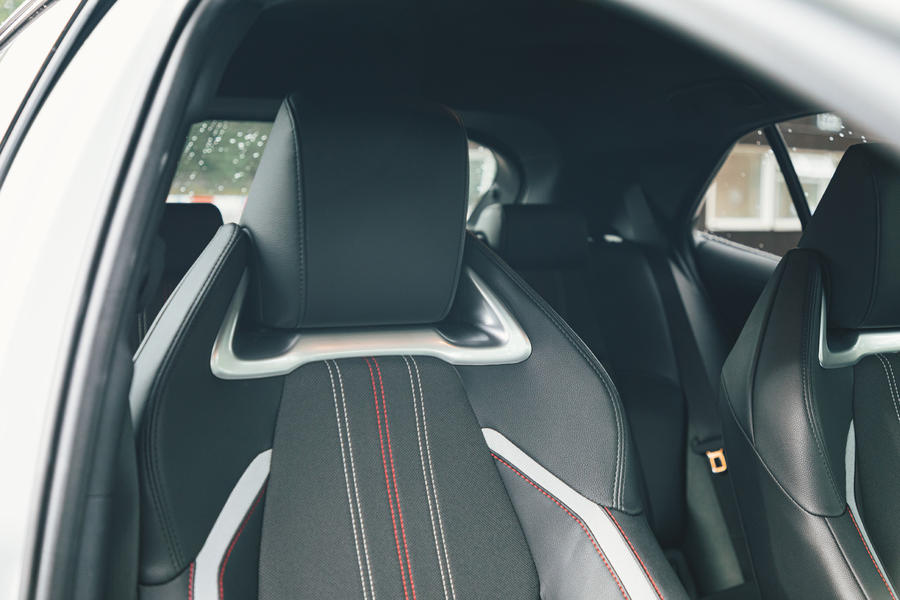 Such a chassis would inevitably have been sold short by any hybrid powertrain that Toyota could realistically have produced for it 10 or 15 years ago, but not now. The firm has been incrementally improving its Hybrid Synergy Drive powertrains for the several decades it has been making them, but it has only really made telling gains on drivability in the past five years or so. When it introduced a bigger electric motor, a 2.0-litre engine and a bigger drive battery in the Corolla, it delivered the brisker and more involving performance and driving experience that it has been promising hybrid converts for a long time.