It’s amazing how complete it feels and how hard it is to criticise. It’s only those needlessly long gear ratios, which let you get close to 80mph in second, that need looking at. If you want a mid-engined car with a normally aspirated engine and a manual gearbox, and unless you’re on the list for one of Gordon Murray’s T50s, this is the only act left in town.

This is one of those nicher-than-niche cars, the automotive equivalent of a four-hour black-and-white German art house movie. Donkervoorts aren’t sold widely in the UK because they don’t do righthand drive, but the business began when Luc Donkervoort started importing Caterham Sevens 42 years ago, then realised they needed some modifications before they could go on sale in the Netherlands. And he just kept on modifying.

Now they are stand-alone products, slightly bigger, more aerodynamic and a touch heavier. Today it uses the 425bhp five-cylinder Audi TT RS engine, but power goes rearward though a five-speed manual gearbox. It has a steel spaceframe chassis with carbonfibre reinforcements, weighs just 700kg and is absurdly fast, and not just in a straight line. They say it’s capable of developing 2g of lateral grip.

This car is polished in almost all respects. The chassis is superb, with just a little understeer on entry followed by as much oversteer as you like. The engine sounds fabulous and the car is beautifully finished. And it’s usable: it has door panels, a roof, heater, luggage space and even air-con. 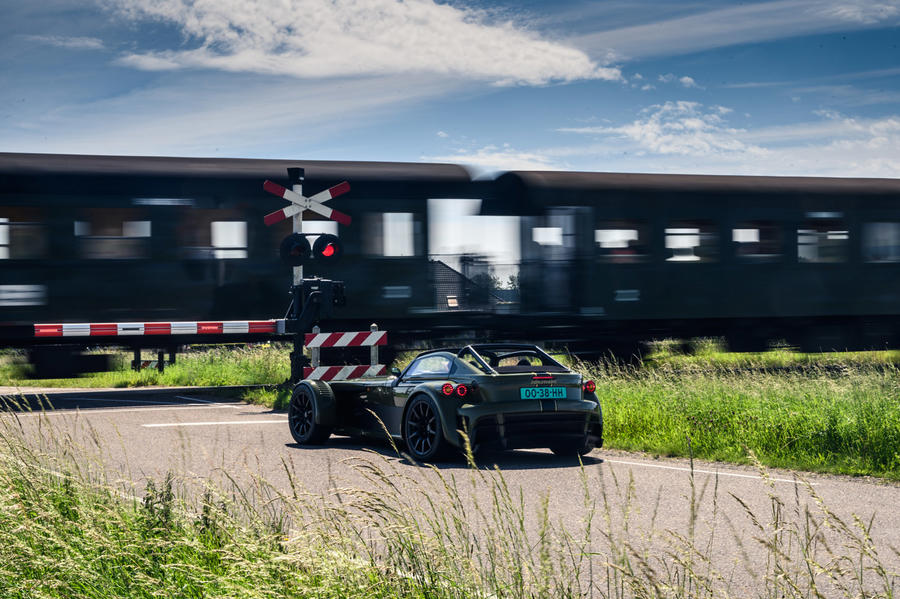 I don’t like the £170,000 price, but if you find yourself enjoying the drive more than you would in, say, a Ferrari F8, that’s how you justify the cost. And they’re incredibly rare: just 50 are built per year.