Were there such a thing as a hot hatchback hall of fame, nestled at the back of the building – way behind the Golf GTIs, Renault Sport Méganes and Focus STs – you might find a hot three-door Vauxhall that you hadn’t previously associated with such esteemed company.

Not that it wouldn’t deserve its place in the collection, of course, because while the performance version of the fourth-generation Astra enjoys nothing like the same shining legacy as most of its contemporaries, it’ll leave them for dust on the straights and give you a good time in the curvy bits, too. A power output of 276bhp is enough to send the coupé-styled hatchback from zero to 62mph in less than six seconds, and with a top speed of 155mph it’ll get you to the Nürburgring in double-quick time.

That’s a lot of grunt for a front-driven hatchback but Vauxhall knew what it was doing with the Astra VXR and saw fit to equip it with multi-mode magnetorheological suspension dampers and a limited-slip differential in an attempt to abate some of the torque steer that so often plagues such pocket rockets.

Arguably, its comparative obscurity could count in the VXR’s favour, were you looking for a car that’s as interesting as it is quick. And with £9000 landing a top-spec, low-mileage and blemish-free 2014 example, it’s certainly a more cost-effective proposition than a comparable Focus ST, which could command as much as £15,000.

Our car is finished in black, which is ideal because the GTC VXR can err on the lairy side in brighter colours, and it happily sports a set of original 18in alloy wheels (although they do need a touch-up). The interior – while disappointingly similar to the standard Astra’s – also looks in fine fettle, and we’re particularly pleased to see that the sports seats wear their 62,000 miles well.

Rapid, rare and reasonably priced, this would be a fabulous addition to any keen driver’s stable. A word of warning, though: stay away from the tightest spaces in the supermarket car park. Those doors are much longer than they seem, not to mention heavier, and plastic door edge protectors would rather spoil the look.

Abarth Grande Punto, £3250: The spicy Punto was the first model to bear the performance brand’s badge in two decades but doesn’t enjoy the same cult following as its feisty 595 and 124 Spider successors. It has style and shove – if not dynamic flair – and is worth a punt at this price. 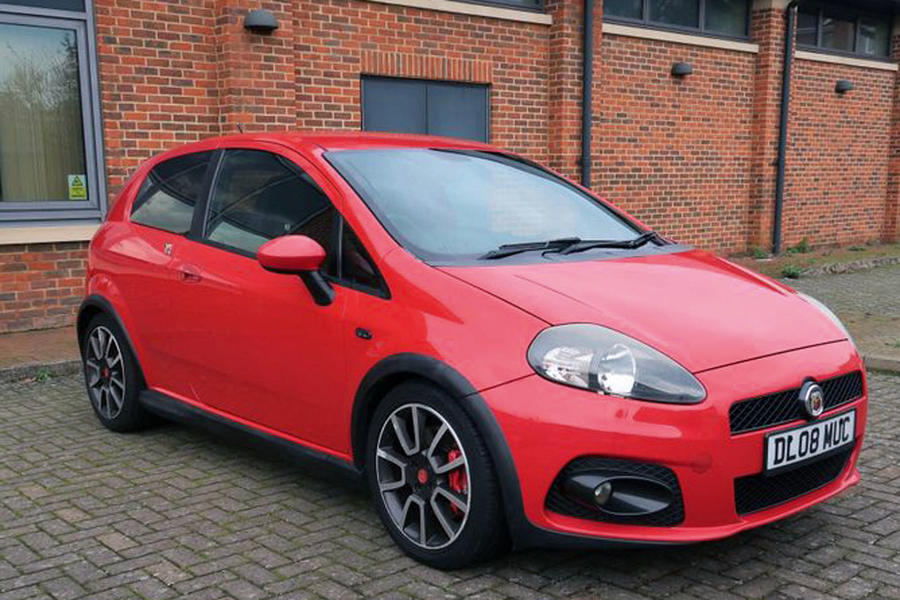 Toyota Corolla T Sport, £1699: The performance version of the ninth-generation Corolla doesn’t have the GR Yaris’s flair or supercar-baiting dynamics, but it does share its revvy 187bhp 1.8-litre motor with the Lotus Elise. Too slow? Add a few hundred quid for a later supercharged car.