Cue raucousness on a par with even the rortiest super-saloons to leave Munich and Affalterbach. It wasn’t so much the 252bhp output of the V8 that set hearts racing as the tyre-destroying 410lb ft of torque – 26lb ft more than the V10-powered E60-generation BMW M5 produced. The 260 could crack 0-62mph in a hair over six seconds and surge noisily onwards to 155mph, but it would put a grin on its driver’s face at any speed. Fire up YouTube on your next tea break and watch some videos. That intimidating grumble hasn’t been added in the edit: it really does sound like that. 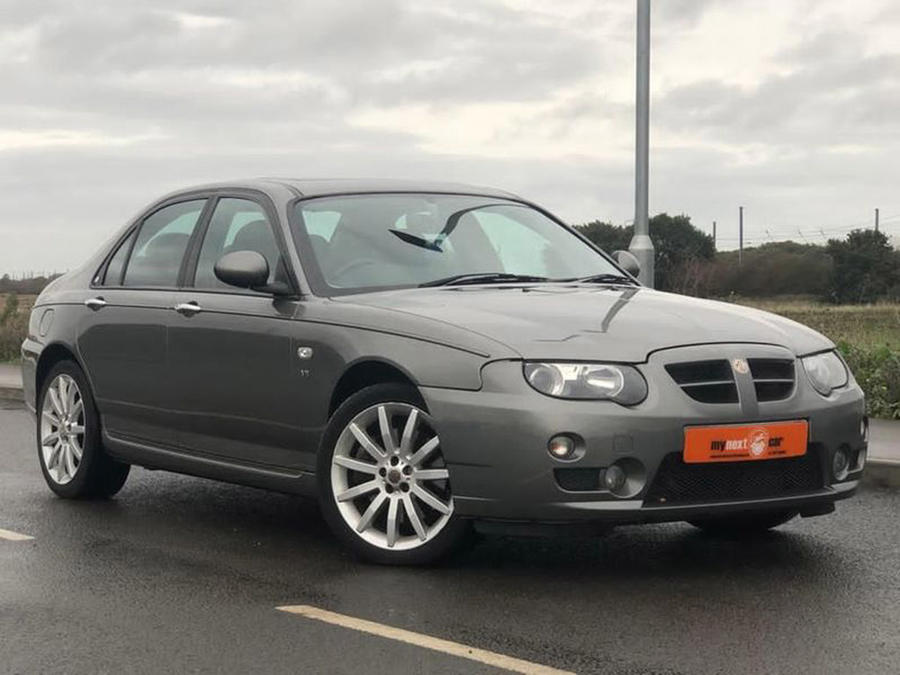 It’s one of the most unassuming Q-cars of its era, looking for all the world like a subtly tricked-out Rover saloon but packing a hefty Yankee punch. The heart transplant was carried out by slick automotive surgeons Prodrive and was complemented by the installation of a Dana limited-slip differential, Tremec five-speed manual gearbox (a slightly less lively auto option was available) and a quad-exit exhaust.

Levels of polish and refinement were left wanting somewhat and you could spend the £11,950 asked for this (extremely late) 56-plate car on a newer and better-appointed Audi RS4, but there are plenty of them around. Do your bit for an endangered model and have some fun while doing so. 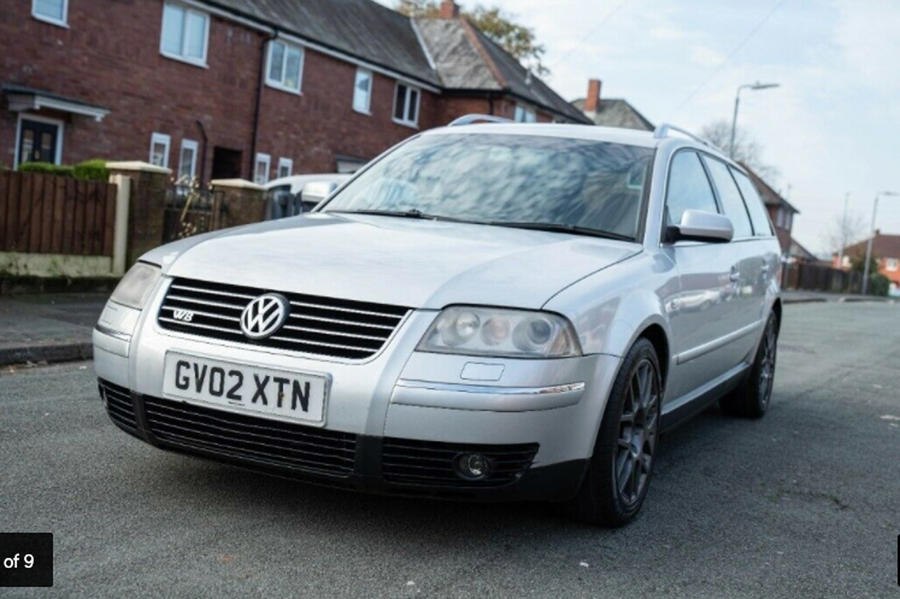 Volkswagen Passat W8, £1700: Another smirk-inducing proposition, although you won’t be laughing when its 183,000-mile eight-cylinder motor suddenly expires. Still, it’s a rare and plush thing and you can tell everyone that your car has half a Veyron engine while you ‘W8’ for the recovery truck. 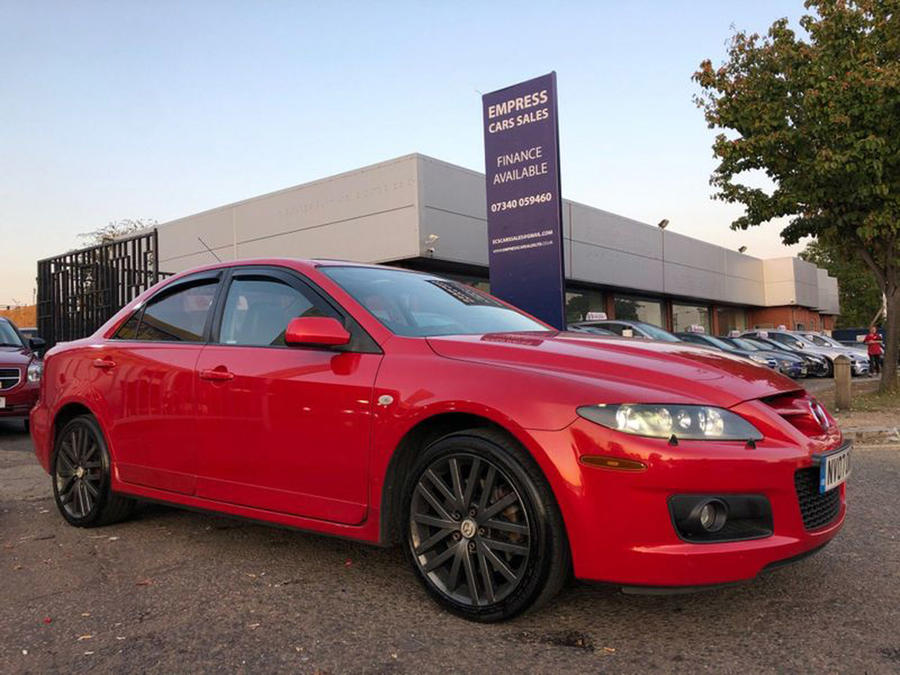 Mazda 6 MPS, £3590: The Mitsubishi Lancer Evo and Subaru Impreza WRX are thunderously competent 4WD Japanese saloons, but they’re a bit, well, loud. This cheaper and lesser-spotted hot Mazda 6 sends its 256bhp to both axles but doesn’t shout about it. 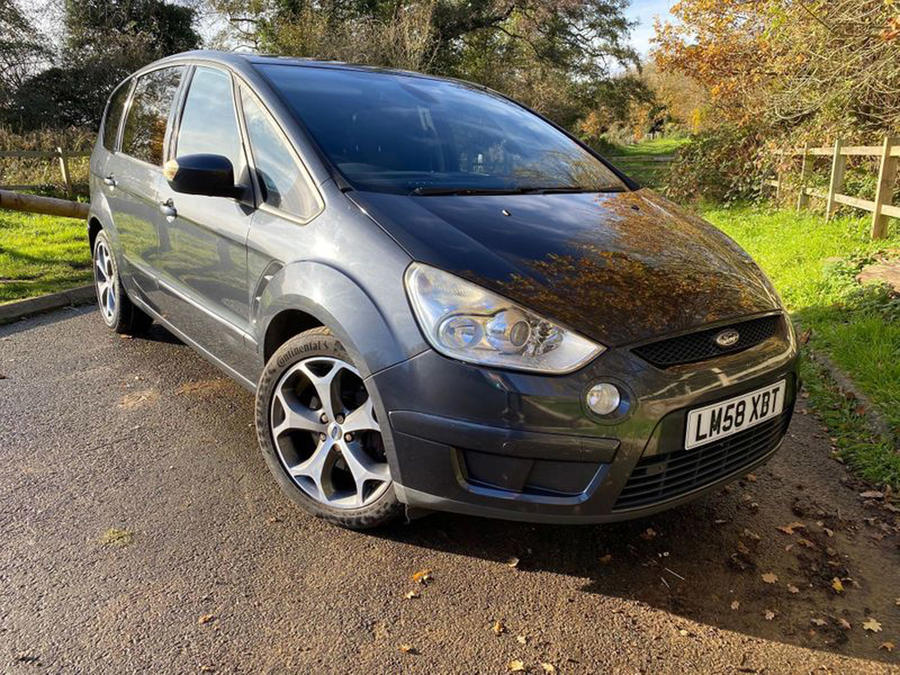 Ford S-Max 2.5, £3975: ‘Sleepers’ don’t get much sleepier than this: a seven-seat Ford MPV with a manual ’box and the 217bhp 2.5-litre turbo lump from the Focus ST. The only clues as to its borrowed underpinnings are some sporty alloy wheels and a lightly revised front end. 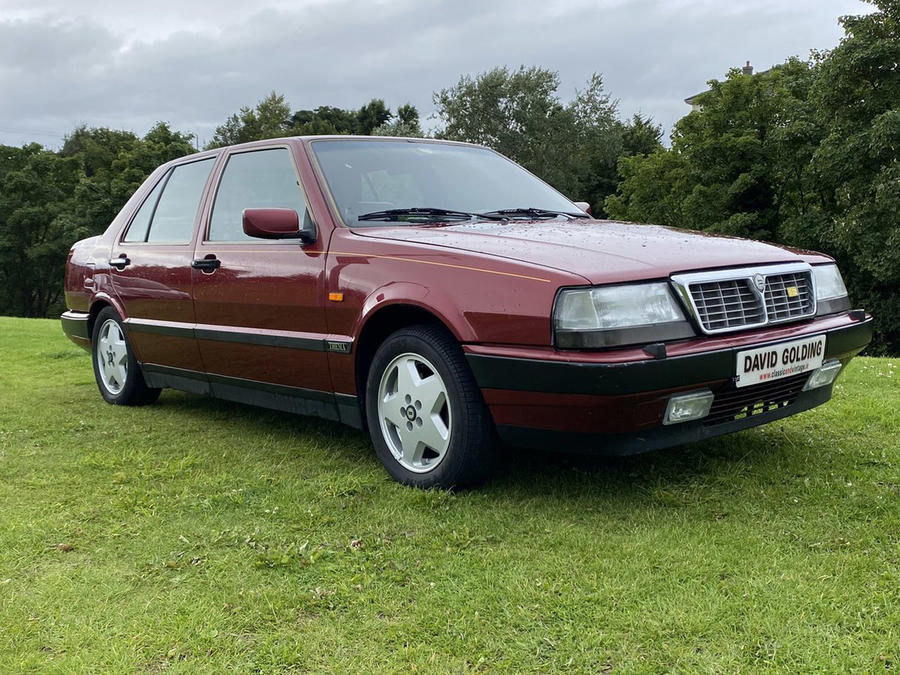 Lancia Thema 8.32, £12,750: This Thema is named for its eight cylinders and 32 valves, but the Ferrari-sourced engine was tuned more for all-round competence than outright performance. Thus, it produces just 215bhp but sounds glorious and revs to 7500rpm. 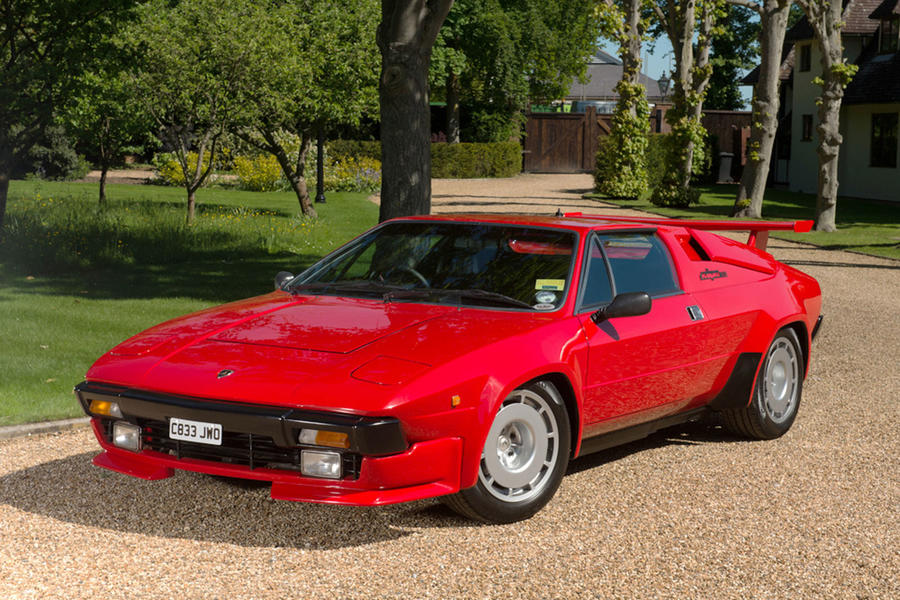 Lamborghini Jalpa: Here’s a nice bit of trivia: the oft-overlooked Jalpa was the last Lambo to use a V8 until the Urus was launched in 2018 – and we won’t be taking bets as to which one you’d stick on your bedroom wall… The Jalpa is a bit of a bargain, too. This 22,000-mile 1986 car garnered a hammer price of just £54,000, despite being one of only 35 right-hand-drive models built and undergoing a substantial recent engine overhaul. A baby Countach in every sense, it’s a fast-appreciating classic that’ll be way more fun to preserve than a pension fund. 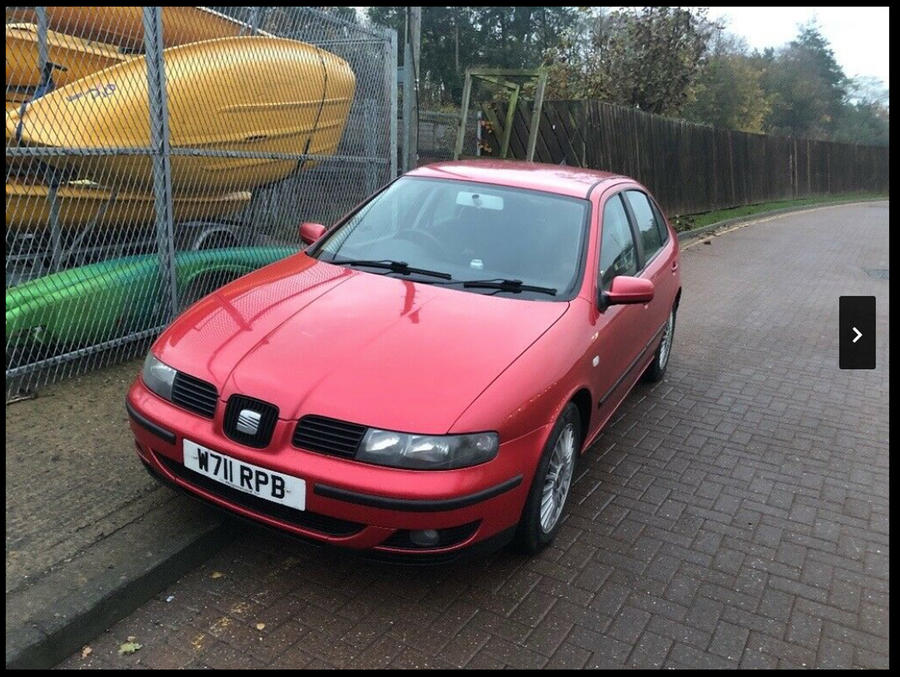 Seat Leon 20VT, £950: It’s a hot Seat Leon from before they all wore Cupra badges and infinitely more covetable than the Golf on which it’s based. The 20VT (that’s 20-valve, turbocharged) eked 177bhp from a 1.8-litre four-cylinder, which made for a 7.7sec 0-62mph. Not lightning fast, sure, but because the understated 20VT went without the sporty bodykit of the full-fat Leon Cupra, you’ll raise eyebrows with an exuberant standing start. This one has been around the block a few times and wears its fair share of battle scars, but at less than £1000, who’s complaining?

Brief: Can you find me a ‘Swiss army knife car’ that does everything for £5000? 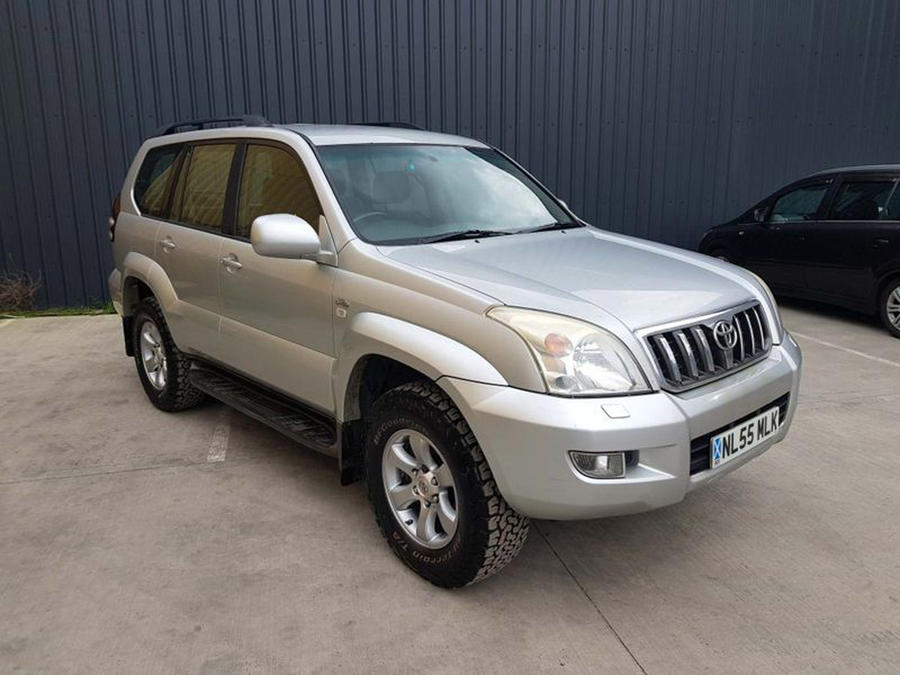 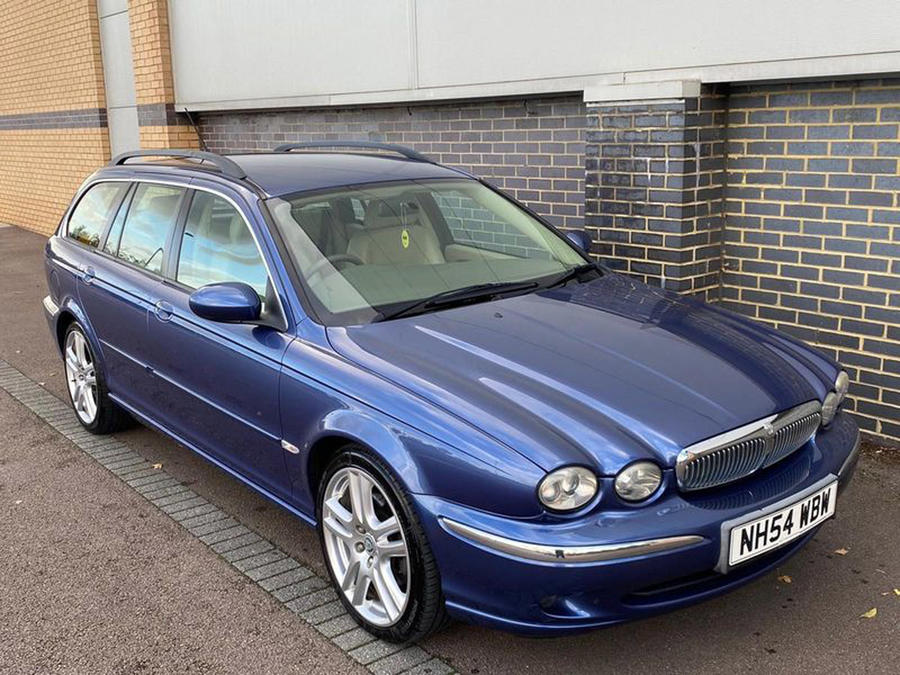 Felix Page: Any car that’s claimed to ‘do it all’ will more than likely excel in no particular area. But for sheer all-round adaptability and across-the-board competence, surely we need look no further than a Land Cruiser. We’d be foolish, for example, to expect race-track thrills from its 3.0-litre turbo diesel motor, or for its ladder chassis to impress on a twisting B-road, but with eight seats, bulletproof mechanicals and an awesomely capable four-wheel drive system, it could be the only car you’d ever need.

Max Adams: James isn’t preparing for the apocalypse! My practical Jag has a decent boot, a classy leather interior, a smooth 2.5 V6 and auto ’box, plus four-wheel drive for the winter. And mine will handle a million times better than a wobbly 4×4 with almost 200k miles.

FP: You know as well as I do that 200,000 miles is the equivalent of a morning jog for a Toyota SUV. Your Jag’s interior looks like the kitchen on a 1970s river cruiser and I’d wager the fuel bill’s similar, too. Why not just buy the Mondeo on which it’s based?

MA: Your oversized Cruiser will sup just as much, plus diesel is still pricier than petrol. Anyway, no Mondeo of the time had such a well-turned-out interior or came with four-wheel drive.

FP: Fair point, but then a Mondeo’s maintenance bills would also be a fraction of the cost of the Jag’s (not to mention less frequent).

MA: Again, marginally unfair because there’s also a four-wheel drive system to maintain, but mine’s got a full service history and clean MOT for peace of mind.

Verdict: That Land Cruiser is not just sharp, it’s reliable too.