The classic Land Rover Defender 110 body shape will be revived for a new high-performance, rally-bred machine from off-road specialist Jaguar Land Rover (JLR) subsidiary Bowler that will represent the “ultimate expression” of the design.

Codenamed CSP 575, the road-legal 4×4 will be based on a reworked version of Bowler’s bespoke high-performance rally-car chassis topped  with L316-generation Defender 110 aluminium body panels and powered by JLR’s range-topping 567bhp supercharged V8 engine.

It will be the first road-focused vehicle produced by Derbyshire specialist Bowler and the firm’s first project since it was bought by JLR last year and placed under its Special Vehicles Organisation (SVO) umbrella. Bowler continues to operate as an independent entity, although now with greater co-operation from SVO, and has been given a licence to use the Defender 110 body.

Michael van der Sande, the boss of SVO division, promised the new four-wheel-drive machine will be “a wickedly fast rally car for the road” with a planned 0-60mph time of around 4.0sec.

The vehicle will be hand-produced in small numbers – likely around a dozen a year – at Bowler’s factory in Belper and will cost £200,000. 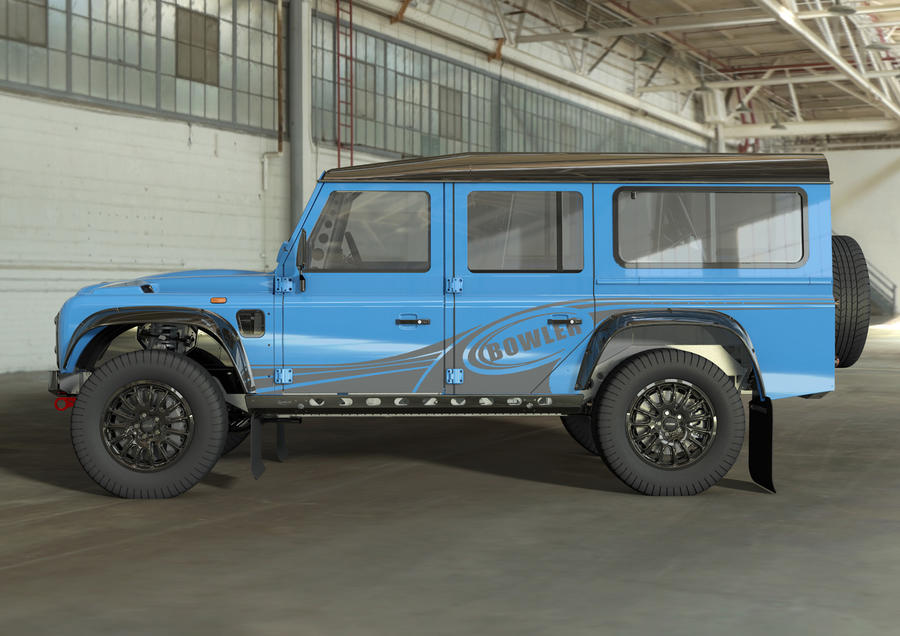 “This project marries three things: the rally experience from Bowler, the powertrain and capabilities from SVO and the iconic Defender shape from Land Rover,” said van der Sande. “It’s clearly something customers want; there’s a lot of customising of the L316 Defender going on, and this is the ultimate performance iteration of that shape.”

While performance details haven’t been disclosed, van der Sande promised that the CSP 575 “will be very fast”. He added: “Because it’s rally-derived, it’s also in the handling and the way it drives that you’ll see the excitement. We can promise it will look like a Defender but will have race attributes coming from Bowler.”

The CSP 575 will sit on Bowler’s Cross Sector Platform (CSP), which was introduced in 2014 and underpins its Defender 90-shaped Bulldog rally-raid model. The lightweight architecture will be extended to accommodate the larger Defender 110 body, with the firm promising that it will have room for four passengers.

Each CSP 575 will require around 1000 hours of work from Bowler’s engineers, with plans to slowly grow the team of around 30 staff.

Calum McKechnie, the former JLR Classic boss who now heads Bowler, said: “This is what Bowler customers want. There’s a huge affinity for the old Defender shape, and it’s a natural progression from the shape of the vehicles that Bowler has produced for many years. It’s an ongoing evolution of what we’ve produced for the rally-raid vehicles, and it really was what customers were asking for: a rally-raid vehicle with increased capacity in the iconic shape of the Defender.”