■ Get on with expanding the third Defender model pillar, not least to show that the pillar theory is still valid. We’re impatient about Discovery progress, too. That’s the one recent Landie that didn’t work.

■ Give new impetus to Land Rover Experience, the experiential marketing business. There are centres around the world, but the company seems to have stopped talking about them (and not just for Covid-19 reasons). These provide oxygen for much-missed ‘Mr Land Rover’ characters the company has always had. The modern company seems to have lost the awareness that it still needs heroes.

Given your other pressing tasks, Thierry, not least just keeping this thing afloat while controlling costs and chasing quality as never before, running JLR looks awesomely difficult. We admire your courage in taking it on. With our loyal readers, we also wish you great and lasting success. To a person, we’re already excited about the fine new models that success will bring and, of course, we have many news pages ready and waiting.

With all best wishes,

In tough times, it’s difficult to see the big picture, which is one reason why Britain’s highest-achieving car industry chief in living memory, Jaguar Land Rover CEO Sir Ralf Speth, slips into retirement this week with none of the fanfare that would usually attend such a high-profile departure. Another reason is that this is how he likes it.

Despite recent reverses, Speth and his Tata backers have trebled the company’s size in a decade, establishing it as the UK’s biggest car maker – with a respect and presence on the international stage never seen before. They have equipped it with last-word design and engineering facilities, spread its manufacturing capability around the world, moved it firmly into electrification with a new battery assembly centre and encouraged it to think far into the future via a project Speth dubs Destination Zero: no congestion, no pollution, no accidents.

We meet in JLR’s mighty Gaydon design and engineering hub, opened just a year ago, but to Speth’s regret the place isn’t buzzing as normal from the presence of its usual 12,000 inmates. Most are still working from home. He firmly believes ideas and innovation are fed by meetings in canteens or coffee shops and passionately looks forward to their reinstatement. Not that he’ll be around to participate. His new role as non-executive deputy chairman will keep him apprised of major JLR events but that’s as far as it will go. “Whoever needs my help can have it with pleasure,” he says, “but I will also make sure the new team has all the freedom I had. The CEO is the CEO. When I took over, Mr Ratan Tata explained our major objectives, then allowed my team and me to do things our way. He trusted us. It will be the same for Mr Bolloré.” 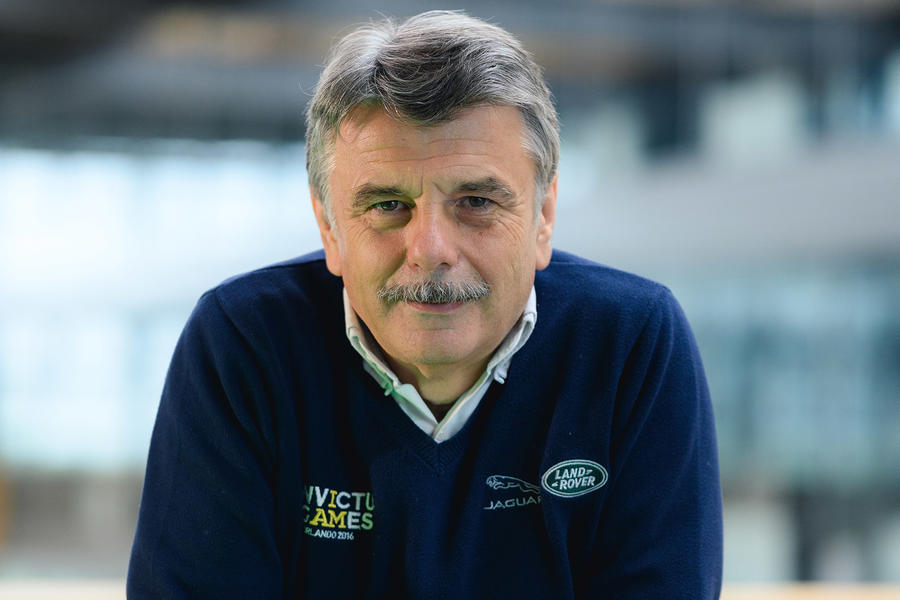