Unfortunately, there’s another side to that coin. In the case of steering, even if all those parameters combine to give the desired effect, it’s possible to ruin it all by overassisting the rack, gearing it too slowly or too fast (or too inconsistently), or simply by fitting a steering wheel rim that’s excessively thick.

The same thinking applies elsewhere, and for every kind of car. Expensive suspension systems calibrated to wafting perfection can be undermined by poor seats or poor visibility. Spirited engines can be lumbered with lumpy gearboxes, or lazy fly-by-wire throttle control. It means that, ultimately, it’s very easily possible for one feelgood element of the driving experience to be drowned out by poorer attributes. Net result? Feel-not-so-good. The Volkswagen Up GTI gets so much right but the strict ESP really does quell the fun. Meanwhile, the Cayman gets almost everything right, so its net feelgood factor swells to something beyond the sum of its parts. 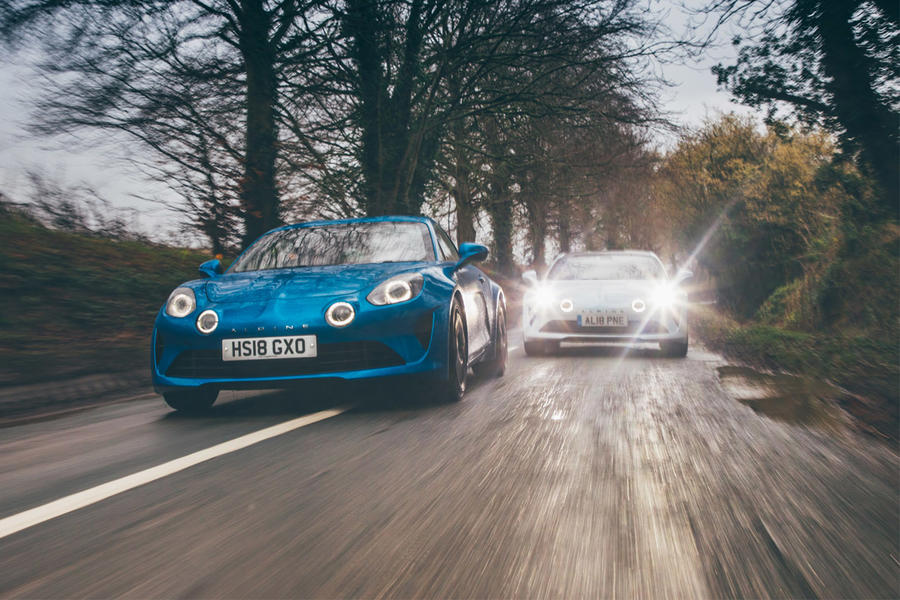 Now, the ‘where’. Feelgood factor is clearly not the exclusive preserve of very expensive machines, so where does it really all come together for sensible money? Being small, light, responsive, playful and generally very true to the strengths of their respective layouts, the Mazda MX-5 and Fiesta are predictably rich in feelgood factor. And Mazda’s form extends throughout its range. The 2 in range-topping form is especially good, being agile, linear in its controls and, in the words of road test editor Matt Saunders, “no slave to the grip level”. We’d also put the basic Mini Cooper, on the smallest wheel option possible, without run-flat tyres and with the standard suspension, in the clique of feelgood superminis. Of the larger hatchbacks, frankly the only standout in the class is the Focus, although the refinement and cabin quality of bygone Audi A3s really did give you a feelgood lift.

Spend more money and the basic BMW 320d is quietly rewarding in a classic rear-driven way and brilliantly keen to change direction. Equally, the Alfa Romeo Giulia is softer on the move but perhaps even richer in its sense of pushing – rather than pulling – itself down the road. Both cars are stellar even at a canter, without much to undermine the experience. And yet the opulence of a Mercedes-Benz E-Class riding on air springs and sensibly sized wheels is every bit as satisfying, just differently so.