Delivering a claimed total range of 600 miles, the Kuga Hybrid includes “fuel efficiency and driving range to rival diesel, and the effortless refinement of charging cable-free, pure-electric driving,” according to Ford.

The latest Kuga mates a ‘self-charging’ 1.1kWh battery with a 2.5-litre Atkinson-cycle petrol engine, which together enable a claimed 48.7mpg and a WLTP-certified 130g/km of CO2 emissions.

Its 600-mile overall range is more than 30% greater than that of the Kuga Plug-In Hybrid, although it doesn’t offer anything like the same 35-mile electric-only range of that car.

Generating 187bhp, the hybrid powertrain allows the new Kuga Hybrid to sprint from rest to 62mph in 9.1sec, helped by Ford’s latest power-split transmission, which is said to adjust ratios for optimum performance. 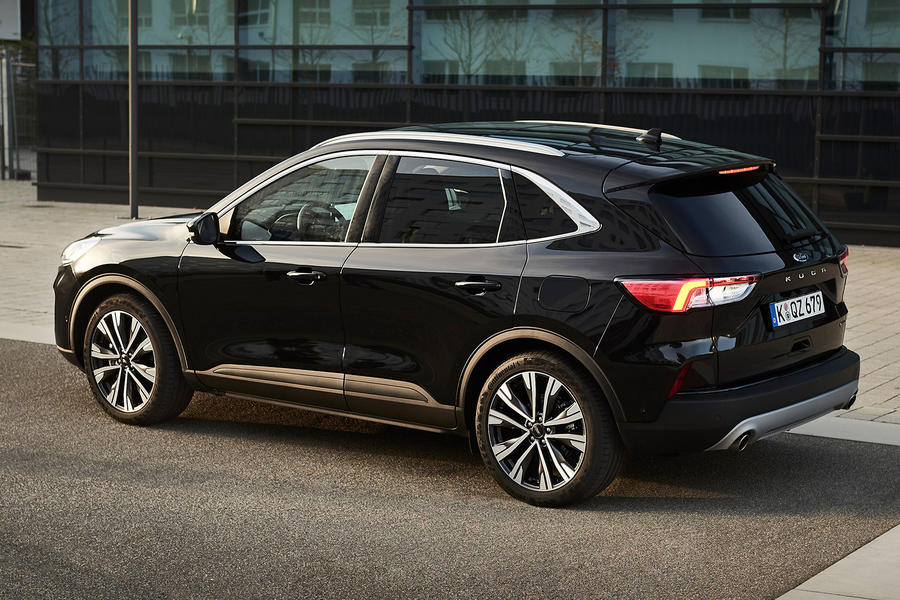 Ford said the Kuga Plug-In Hybrid targets customers who want an electric powertrain but have “limited access to external charging solutions at home or places of work”.

Following the recently revealed electric Ford E-Transit and the launch of the electric Mustang Mach-E, the Kuga Hybrid is the latest of 17 new electrified vehicles that Ford plans to introduce before the end of 2021.

The Kuga Hybrid is currently in production at Ford’s factory in Valencia, Spain. It is available to order now, with prices starting from £33,600.

The reason for the modest increase in price over the existing PHEV model, which starts from £33,095, is that the government’s plug-in hybrid grant doesn’t apply to the full-hybrid model.