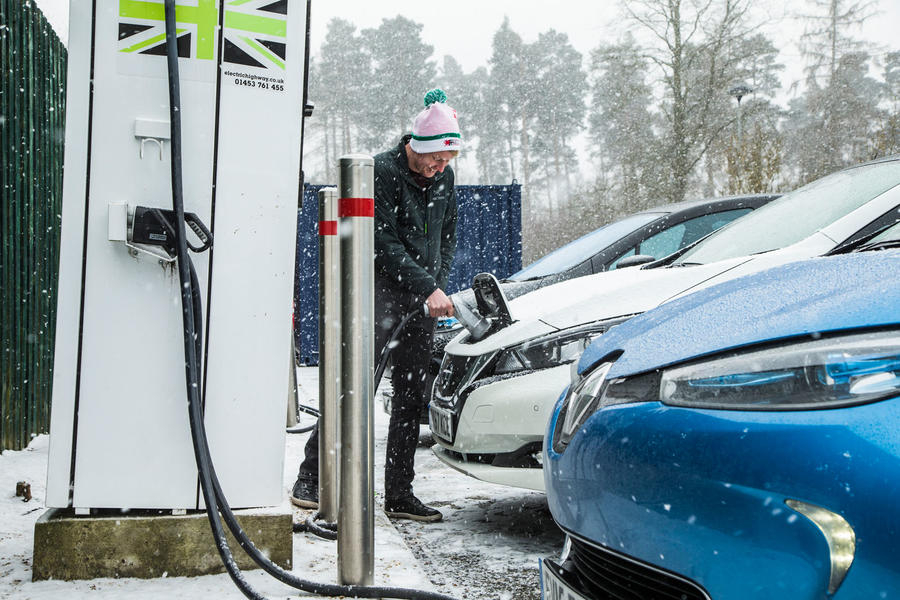 Again, this is dependent on your car and the way you use it, because there are numerous options when it comes to public charging stations. For instance, if you only need charge when out and about infrequently, then a pay-as-you-go method is possible, costing between 20p and 70p per kWh, depending on whether you’re using a fast or rapid charger, the latter costing more to use. Recent arrival Instavolt works on this principle, requiring nothing more than contactless payment as when you need to top up, Others providers will charge an hourly rate (effectively a parking charge) plus a kWh charge for electricity consumed.

If you travel further afield more frequently, then providers such as Polar offer a subscription service with a monthly fee of about £8, but this gives you free access to about 80% of its network of 7000 chargers instead of paying the normal pay-as-you-go rate. It’s also worth bearing in mind that some hotels and shopping centres offer free charging to customers. The widespread use of smartphone apps for all providers makes it easy to see where the charging points are, how much they cost to use and and whether they’re free, so you can easily tap into a provider that suits your needs and budget.

Many manufacturers also offer simplified charging by giving access to numerous providers under their own charging scheme. For instance, Audi’s E-tron Charging Service account gives access to nearly 20 different energy firms, while all new E-trons come with a voucher that’ll cover the first 1000 miles worth of charges for free. Tesla owners get their own dedicated rapid-charging Supercharger network, plus a number of Destination fast chargers at locations such as hotels. Owners of a Model S or Model X registered before 2017 are eligible for free charging, while owners of later cars will currently be charged at a rate of 26p per kWh.

How much does it cost for motorway charging?

You’ll pay a little more to charge at a motorway service station, largely because most of the chargers there are fast or rapid units. Until recently, Ecotricity was the only provider at these locations, with around 300 chargers available, but it has now been joined by companies such as Ionity. In the case of Ecotricity, there’s a choice of both AC and DC charging options, all with a 45-minute maximum use time. You’ll be charged a £3 connection fee plus 17p per kWh used. However, if you use Ecotricity for your home energy supply, then the connection fee will be waived. Ionity costs a little more for pay-as-you-go customers but has commercial tie-ins with EV manufacturers such as Audi, BMW, Mercedes and Jaguar, which entitles drivers of these cars to lower rates.