Hyundai has opened a studio which is intended to “push the boundaries” in the development of futuristic projects such as the Elevate walker concept seen at last year’s Consumer Electronics Show.

The Hyundai New Horizons Studio will develop products for customers “who have a need for travel in unconventional and off-road terrain”.

Hyundai said that the studio, led by vice president and former head of Hyundai’s Cradle robotics arm Dr. John Suh and autonomous vehicle expert Dr. Ernestine Fu, advances the company’s “vision to shape the future of mobility and onboard forward-thinking, innovative leadership from Silicon Valley and other innovation hubs”.

The studio’s first task is the development of the Hyundai Elevate, a car-cum-walker that was revealed at 2019’s CES. 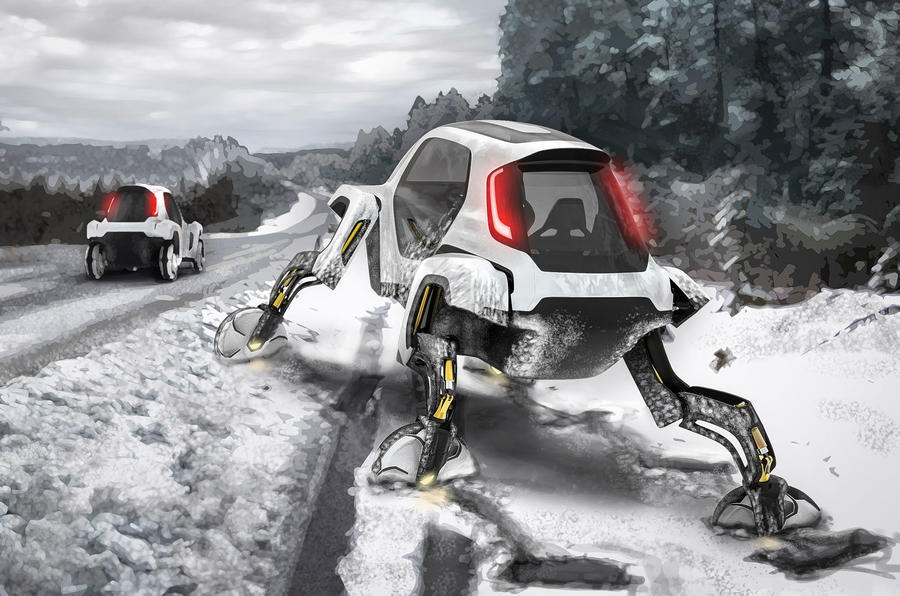 The vehicle is designed to be used by rescue services in emergencies and natural disasters, making use of four moveable legs to traverse terrain inaccessible to traditional off-road vehicles.

Suh said: “Current rescue vehicles can only deliver responders to the edge of the debris field. They have to go the rest of the way by foot. [The] Elevate can drive to the scene and climb right over flood debris or crumbled concrete.”

At 2019’s CES, Hyundai also hinted that the Elevate could be modified to serve as a city taxi. Its legs would allow it to walk up steps dropping and collecting passengers directly at their doors, a feature which would help older or disabled passengers.

The Elevate’s legs extend from a modular electric vehicle platform and are capped with independently-powered wheels. Alongside a 15-foot track width, these allow the Elevate to move with what Hyundai describes as “mammalian and reptilian” strides.

A separate drive mode sees the legs fold up into traditional wheels and allows the Elevate to reach speeds of up to at least 70mph while driving like a normal car.