In our 125-year history, Autocar has driven, reviewed and rated just about every car of significance that has been made. But some of the most notable cars in history never really existed. We’re thinking about the cars you see on TV, in the cinema and on your console screen.

It’s time, then, to celebrate some of the finest cars that never were. One caveat: we’re only counting entirely fictional cars. So sorry, Kitt, you may feature advanced AI-based autonomy, but you’re just a specced-up Pontiac Firebird…

Cayonero. As seen in: The Simpsons. First appearance: 1998

Can you name the truck with four-wheel drive, smells like a steak and seats 35? No, it’s not the Rolls-Royce Cullinan but the Canyonero. With cavernous dimensions (claimed to be 12 yards long, two lanes wide, 65 tonnes of American pride when it was launched in 1998), this Jeep Wagoneer and Ford Explorer rival helped spark the explosion in popularity for extra-large SUVs.

Promotion was aided by a memorable advert, sung by Hank Williams Jr, which placed an emphasis on the Canyonero’s go-anywhere capability, claiming that “she’s a squirrel-crushing, deer-smacking driving machine”. Quite.

According to several billboards in Springfield, the state-unspecified cartoon home of Homer Simpson and his family, a hybrid version of the Canyonero was launched in 2014, offering a claimed 11mpg.

Our verdict – 1/5 stars: Offers extensive practicality, but US authorities ruled the Canyonero “unsafe for highway or city driving”, which is a concern. Unexplained fires are a matter for the courts.

A dominant pre-war racing car written off after a crash, Chitty Chitty Bang Bang – named for its unusual engine note – was rescued from scrap and artfully restored by eccentric inventor Caractacus Potts at his top-secret workshop in the Chilterns. As well as strong on-road performance, it can also function as a powerboat, while built-in wings and a propeller allow it to fly. Six versions of the phantasmagorical machine were produced for the 1968 film, each fitted with a Ford V6 and built by leading touring car outfit Alan Mann Racing. Several were registered for road use, with MGM later producing another replica. 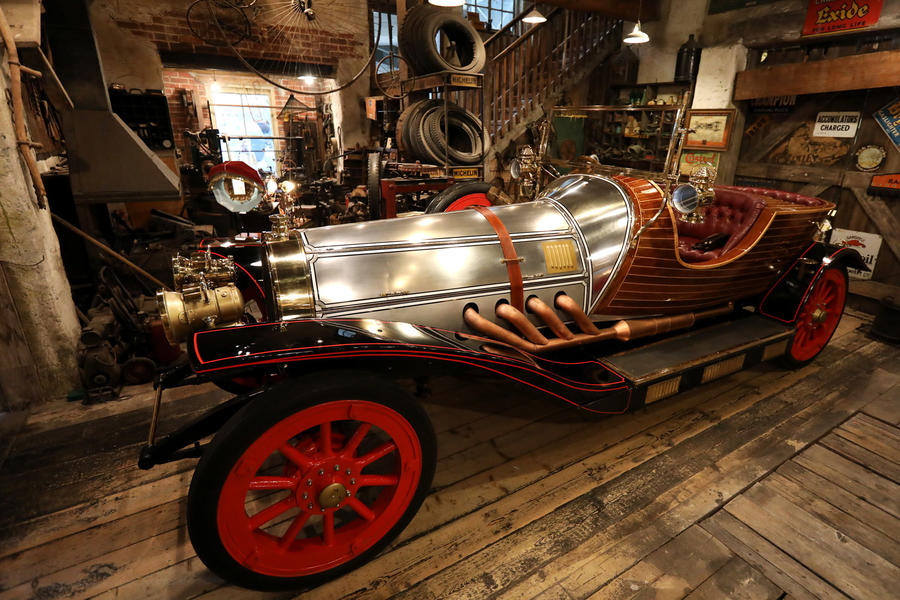 While Chitty Chitty Bang Bang can also work as a boat and plane, it wasn’t noted for on-road dynamics. Lead actor Dick Van Dyke said it had “the turning radius of a battleship”.