The first sniff of the Grenadier job came his way in 2018, soon after he’d finished work on Ratcliffe’s latest yacht. Within a day of deciding to take a break from 20 years of nautical work, Ecuyer received a call from Ratcliffe inviting him to join the new car project and the involvement soon grew.

Now, Ecuyer’s close design understanding with the boss has led to him becoming Ineos’s go-to design consultant. That means not just leading the creation of the new 4×4’s exterior and interior designs but also taking charge of the many design matters surrounding Ratcliffe’s well-publicised Tour de France bicycle and America’s Cup yacht racing teams. His influence has even guided Ineos’s corporate graphics and hand-sanitiser designs. “Our attitude to building our own vehicle developed in stages,” Ecuyer explains. “At first, we were simply motivated by what seemed a massive shame that Defender was going. We thought, well, we’ll replace it. Then we thought, let’s build a better one, something that doesn’t leak and is comfortable. After all, this isn’t 1948. We can move on. 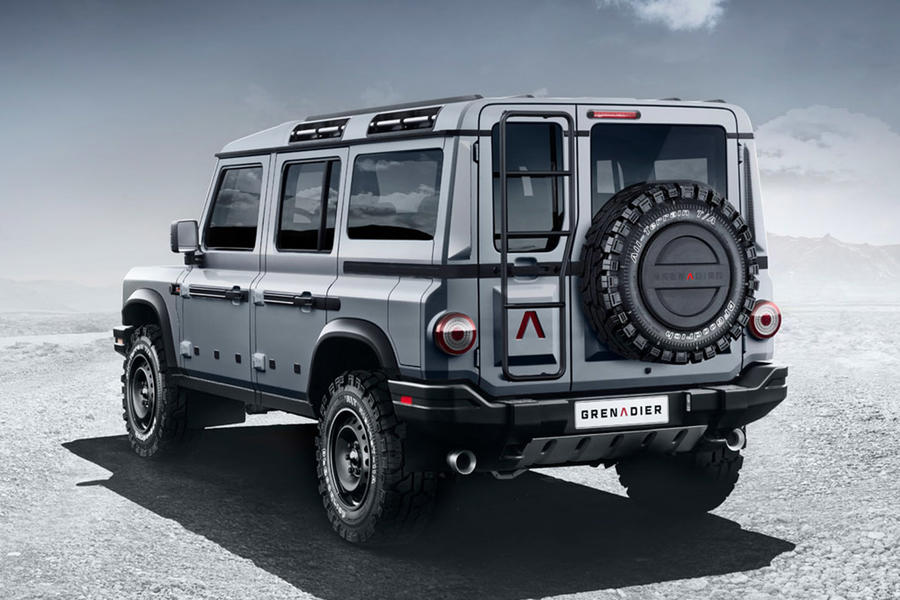 “That was when we started collecting similar vehicles – Bronco, Pajero, G-Wagen, various Jeeps – to see how other manufacturers had done it. Every member of the collection made an interesting contribution. In fact, the short-wheelbase, stripped-back Land Rover Air Portable was one of the most influential designs of all.”

The first Ineos 4×4 model to be shown, a five-door station wagon, has very similar dimensions to an original Defender 110 but is far more advanced in construction, function, comfort and performance thanks to its far-sighted design and a ground-up engineering and test programme that’s moving into its final stages. Showing interesting practical influences from boat design, it uses modern running gear, including six-cylinder petrol and diesel BMW powertrains linked to only ZF’s ubiquitous eight-speed automatic gearbox.

Ecuyer deals much more calmly than most car designers would with assertions that the Grenadier ‘looks like a Defender’, partly because the new vehicle’s parallel purpose is well known to all and partly because it became obvious to the whole design team, as the project proceeded, that anyone who sets out to design a simple vehicle with this kind of functionality will find it converging with the Defender.

55 mins ago
New Maserati Levante Hybrid brings improved agility and efficiency
3 hours ago
New 2022 Nissan X-Trail brings unique ePower tech
4 hours ago
Audi A6 E-tron Concept previews 2023 electric saloon
4 hours ago
Opinion: Why the A6 E-tron is an Audi that really matters
4 hours ago
Inside the industry: How luxury brands are bouncing back from Covid