It might rank as the understatement of the decade to say that when the DB11 was launched in 2016, it was a fairly important car for Aston Martin. Never a company to prosper with quite the financial success you’d imagine a maker of such desirable and expensive sports cars might do, the DB11 arrived at what could be called a make or break time for the British firm.

Luckily the car was liked by the press, the public and the people who bought it, so the work Aston had put in was certainly justified. It sat on a brand-new platform, for one, and it borrowed a lot of technology from Aston’s partner, Mercedes. The DB11 is made mostly from aluminium, too, which is light, except where it’s made of magnesium, which is even lighter, and on top of that a lot of work went into making its graceful and arresting shape aerodynamic, so it not only looks like a million dollars but also goes like it.

Under that voluptuous bonnet was an initial choice of either a twinturbo 4.0-litre V8 or a 5.2-litre twin-turbo V12. Some buyers felt a proper GT Aston should always have a V12, but they were in the minority and the engine was discontinued last year. Although it turns out that Aston didn’t really discontinue the DB11 V12 after all, it simply rebranded it as the DB11 AMR (for ‘Aston Martin Racing’).

Those seeking some wind-inthe-hair action might look to the convertible Volante version, which, if anything, looks even more divine than the closed-top coupé. Volante buyers will have to make do with just the V8 option, and inevitably 110kg of extra weight, but one look at this beautiful machine should be enough to convince most people to overlook such trivialities. 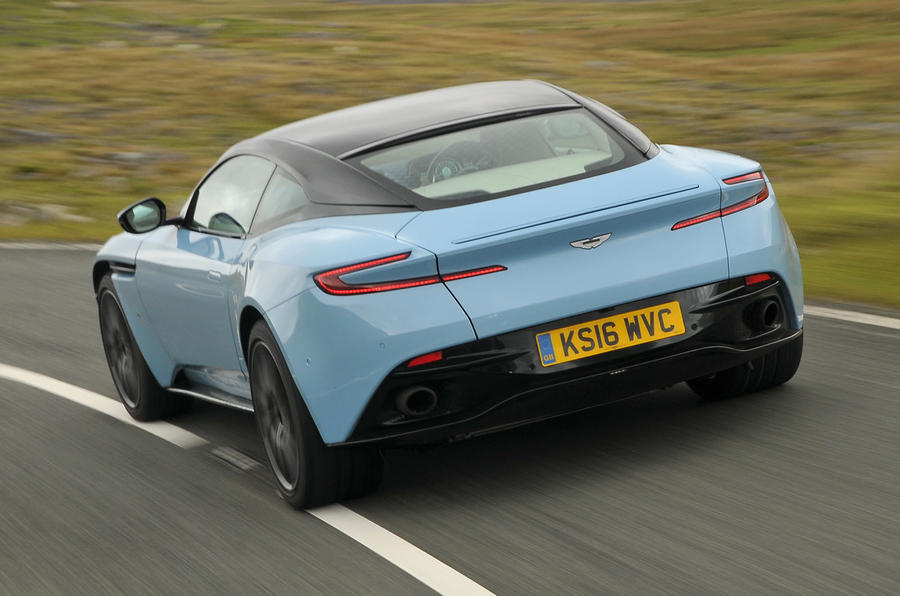 It’s fair to say the DB11 marked a return to form for Aston. All the engine choices sound glorious and respond to the pedal with alacrity. The V8 is the most entertaining, which is odd, it being the cheaper version, but it’s fast and it’s fun to drive. That’s because it’s lighter than the V12, and lightness is a good thing when it comes to steering and handling.

Inside, the driving position is spot on. There’s plenty of adjustability in the seat and steering wheel, although visibility is limited by those stylish thick pillars. Fit and finish retains the best bits from Aston Martins of old, however, with soft, hand-stitched leather sitting side by side with wood or carbonfibre trim highlights. And all those bits that look like metal in the interior really are metal, including the air vents.

Space up front is fine, but as you might expect, given the rakish profile, the rear seats are best reserved for tiny children or suitcases. Speaking of which, the boot is a little on the small side, although you can squeeze in a couple of overnight bags.