Safety-wise, the Mustang initially scored a disappointing two stars in the Euro NCAP tests, but this was raised to three stars following some updates made on 2017 models. 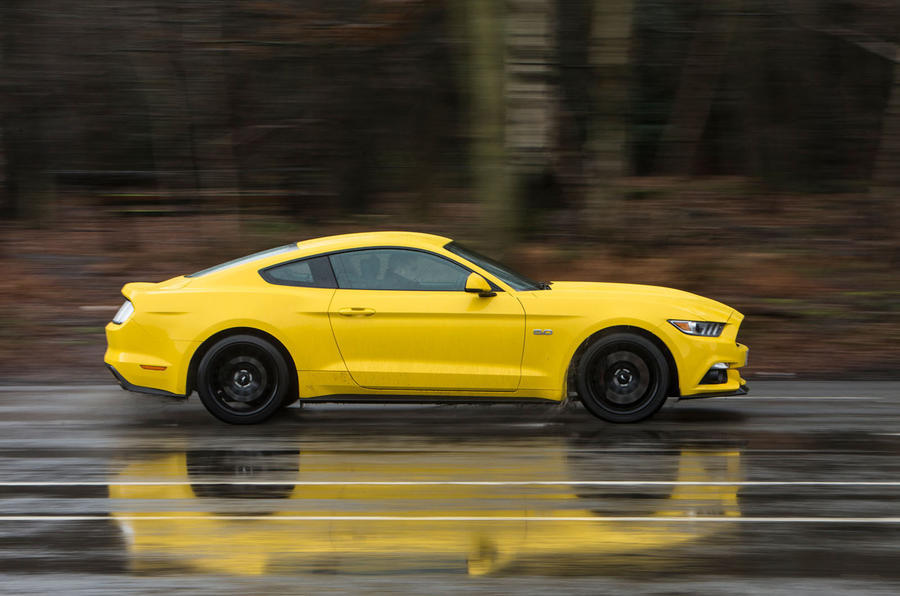 According to the older NEDC economy figures, the Ecoboost achieves 31.3mpg combined. The V8 is thirstier, unsurprisingly, managing only 22.8mpg.

There have been two recalls for battery cables, which could dangle too close to the potentially hot exhaust manifold and catch fire. In both instances, check with a Ford dealer to make sure your car has had any remedial work carried out.

You might be better off buying a V8 registered after the 1 April 2017 alteration to the VED system. If it cost less than £40,000 when new, you will have to pay only £150 per year, compared with £580 for any car registered before that date.

5.0 V8 GT: We should say go for the more frugal four-cylinder 2.3-litre Ecoboost engine, but we just can’t bring ourselves to do it. A V8-less Mustang reminds us of the 1973 oil crisis and the wheezy 89bhp 2.3 fitted to the Mustang II. Shudder.

5.0 V8 Bullitt: Live out your favourite Steve McQueen moments in this movie-inspired version, which gets a power hike to 453bhp. Driver to supply their own Herringbone jacket and shades.