All this electrification talk may seem like a recent development, but it’s been going on for years. Take the current Mercedes C-Class, which has had up-to-the-minute hybrid and plug-in hybrid alternatives in both petrol and diesel forms throughout its run that used buyers can now take advantage of for as little as £9000.

The diesel engine range starts with a 136bhp 1.6-litre in the C200d that has enough poke for most, but the 170bhp 2.1-litre C220d feels a little livelier and comes close to matching the smaller engine for economy and CO2 emissions. The thirstier 204bhp 2.1-litre C250d, while admirably brisk, is harder to recommend, as is the later 245bhp 2.0-litre C300d. 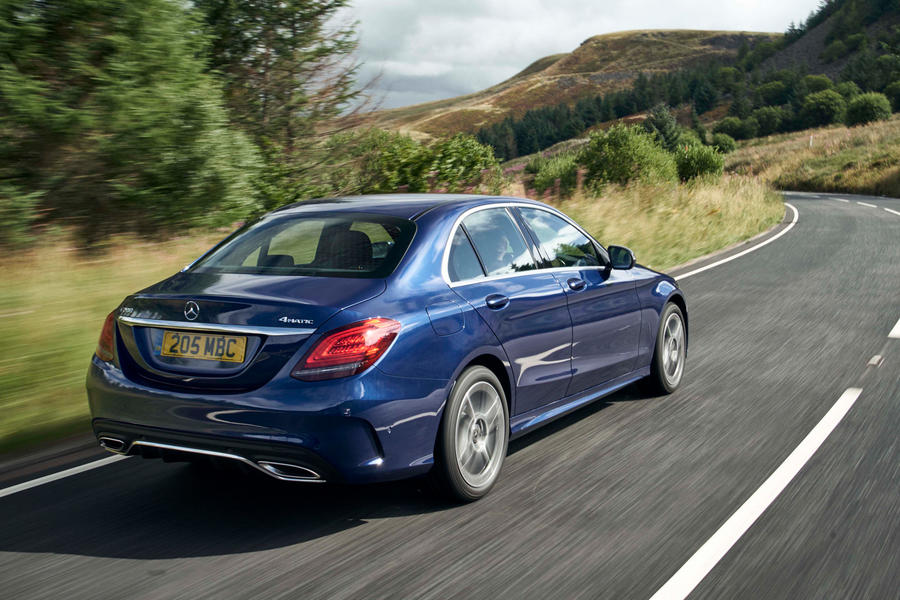 Opt for entry-level SE trim and you get 16in alloy wheels, automatic wipers, cruise control, a reversing camera and Mercedes’ Collision Prevention Assist Plus system fitted as standard. Inside, there’s a 7.0in infotainment system with DAB radio and electric seat height and backrest adjustment for those at the front.

Range-topping AMG Line includes 18in AMG alloy wheels, an aggressive bodykit and sports suspension. On the road, the regular C-Class’s dynamic behaviour isn’t as sharp as that of the Audi A4 or BMW 3 Series. Where it disappoints most is in refinement, with too much road noise and, most noticeably in the diesel variants, too much engine noise entering the cabin.

It does has a very attractive interior that mimics that of the larger S-Class, but there are plusher materials in the A4. Still, there should be no complaints from anyone up front, because there’s lots of room, storage space and adjustment in the seats and steering wheel. The boot, however, is smaller than rivals’, is an odd shape and has a restrictive opening.