The Mini has expanded – literally and figuratively – since it was relaunched in 2001. Not only has it grown in size but you’ll also find everything from convertibles and baseball cap-inspired coupés to SUVs, estates and even plug-in hybrids and electric models. But the humble hatch remains the backbone of the range, and the big news for the third-generation Mini that arrived in 2014 was you could have it with five doors. Grown-up stuff.

All this new-found versatility didn’t stop the Mini from being incredibly popular, not least because of the charming retro touches that help it to stand out among rivals. 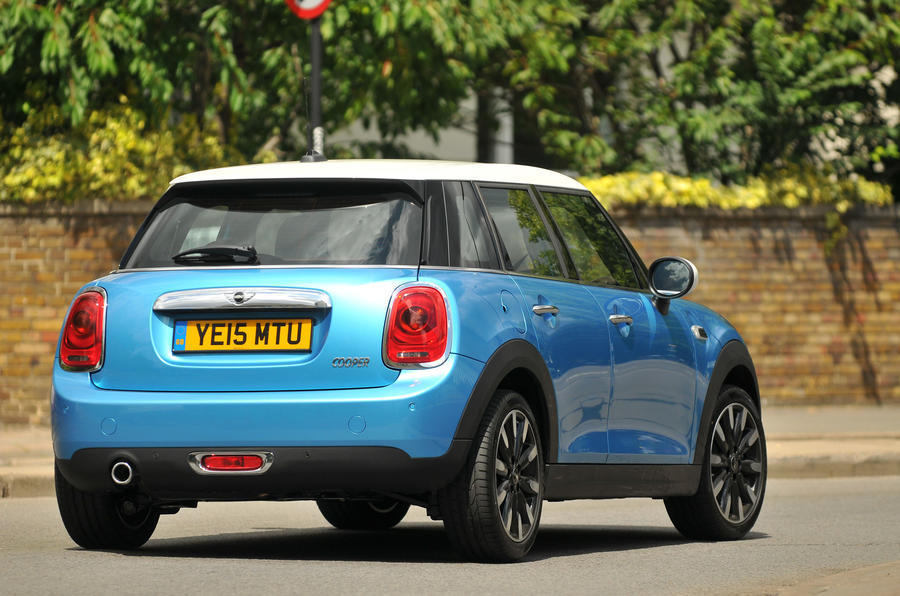 There aren’t many trim options but there are numerous packs to look for. The Chili Pack adds dual-zone climate control, automatic lights and wipers, LED headlights, additional storage and an adjustable boot floor. The Comfort Pack has heated front seats and rear parking sensors, while Comfort Plus adds a reversing camera. The Navigation Pack brings sat-nav, while Navigation XL includes a bigger infotainment screen. The Driving Assistance Pack has automatic emergency braking.

In 2018, Classic, Sport and Exclusive tiers were added to Cooper and Cooper S models, Classic being the standard version, Sport offering a firmer option and Exclusive being the posh one. The optional packs continued as before.

Under the third-gen Mini is a more rigid platform shared with some front-wheel-drive BMWs. It preserves the tight handling characteristics with which the brand is associated while adding a ride sophistication that makes this the most refined Mini yet.

The ballooning proportions make this the biggest Mini hatch yet, too, with more room front and rear. The cabin has a few rough edges and lower-grade materials, in addition to some good-looking soft-touch plastic surfaces, but the familiar Mini driving position and dashboard remain, alongside the BMW iDrive-based infotainment system that is really easy to use.