Okay, so small SUVs may not be the sexiest form of transport, but they can be practical, eminently good value used and, if you pause for a moment and consider the car photographed here, actually quite handsome from certain angles.

The T-Roc, which was introduced in 2018, has certainly jazzed up Volkswagen’s range: it’s undeniably more stylish than the Polo and more rugged and raised-up than the Golf.

Indeed, it seems to offer pretty much all of what they do: there are four turbocharged petrol engines and a diesel to choose from, for starters.

The entry-level 1.0-litre three-cylinder petrol has a useful 113bhp and makes relatively easy work of motivating the T-Roc. If you regularly drive five up, there’s the 148bhp 1.5-litre petrol for not much more money. Need four-wheel drive? Go for the top-of-the-range 2.0-litre petrol or diesel engines. Want power? You need the R version, which packs a 296bhp petrol punch. 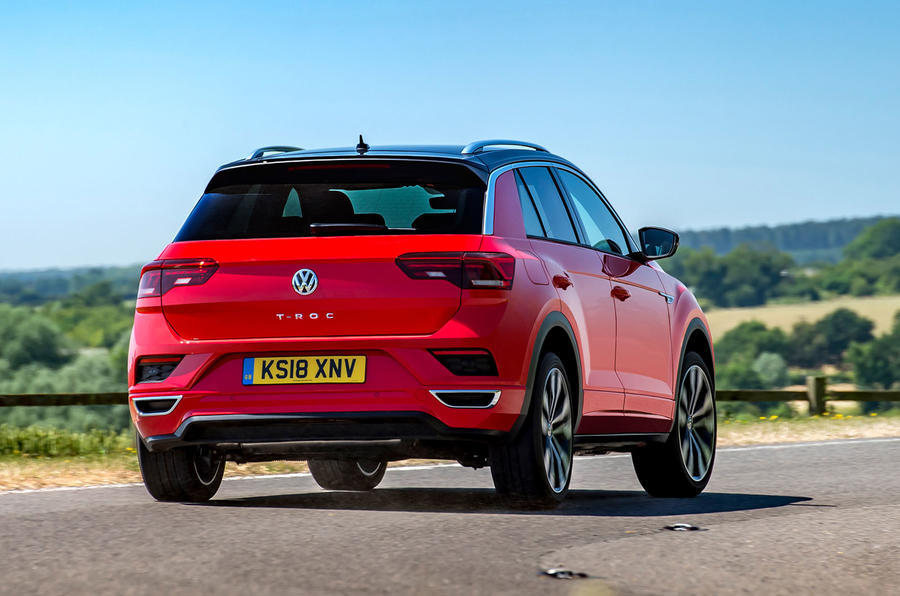 The T-Roc is good to drive, with light but progressively weighted steering, good grip through corners and a comfortable ride that soaks up the worst of our potholed roads. Its manual gearbox is nice and slick and helps you to make the most of the performance available in some of the smaller engines.

Space is good, although five is a bit of a squeeze, due to a small middle perch and a transmission tunnel that gets in the way of your feet.

The boot is big enough for plenty of holiday suitcases. That said, cars with four-wheel drive have a smaller boot, because the floor has to be raised to accommodate all the extra mechanical gubbins below.

The T-Roc’s dashboard is a bit of a disappointment, because there’s not one piece of soft-touch plastic anywhere. This is a bit of a shock, since most rivals manage to provide even just a sliver of yielding material.

There is lots of equipment, though: every T-Roc has an 8.0in touchscreen infotainment system, dual-zone climate control, Bluetooth, a DAB radio, 16in alloy wheels, automatic emergency braking and lane-keeping assistance.

Fuel economy is decent. The 1.0 petrol gets the best of the petrol range, at 55.4mpg. The 1.5 is nearly as good, at 53.3mpg (51.4mpg with the automatic gearbox), because it can shut down two cylinders on a light accelerator to conserve fuel. And the priciest petrol to run is, unsurprisingly, the 2.0. It comes with only the DSG gearbox and four-wheel drive so manages 41.5mpg.