Vauxhall has detailed UK pricing and specs for its redesigned Crossland, available to order now and priced from £19,060.

The facelift Renault Captur rival starts with entry SE trim, which features automatic LED headlights, 16in wheels, a 7.0in touchscreen with Apple CarPlay and Android Auto, and tech such as lane departure warning and speed limit recognition.

Stepping up to SE Nav Premium, from £20,210, brings kit such as front and rear parking sensors, a reversing camera, an ergonomic driver’s seat to boost comfort and the Multimedia Navi Pro infotainment and sat-nav system with an 8.0in touchscreen.

SRI Nav models, from £21,360, gain sporty styling upgrades including 17in wheels and contrasting roof colours, but ditch the parking sensors and camera. Elite spec, from £22,610, retains the parking sensors and camera and adds leather seats (heated in the front) plus a heated wheel. But you’ll need to upgrade to Elite Nav, from £23,120, for sat-nav, alongside wireless phone charging and a 180deg rear-view camera.

Top-spec Ultimate Nav models include all the aforementioned kit on Elite Nav but add Alcantara seat trim, keyless entry and start, and silver roof rails. This spec tops the range and is priced from £25,615. 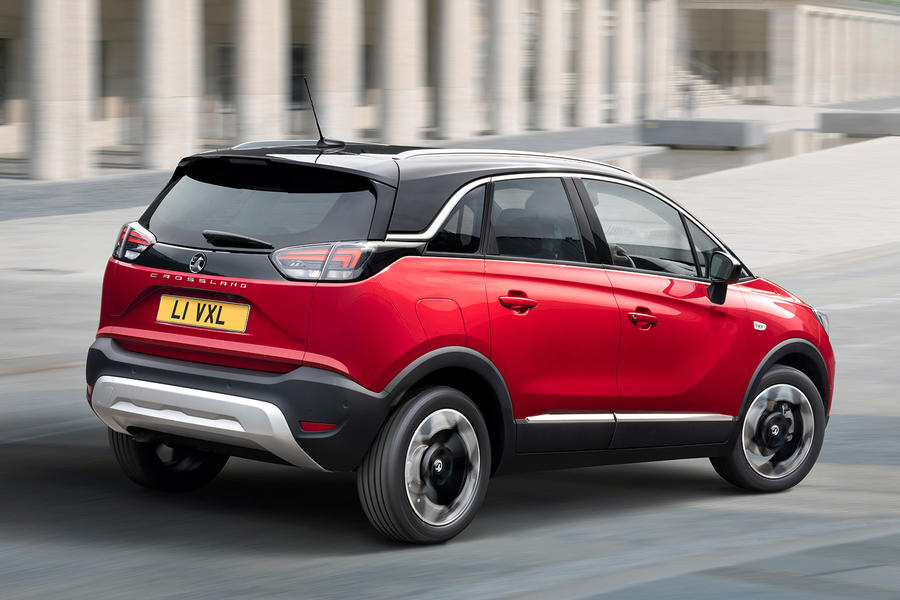 Stop/start functionality is already standard with all powertrains on the current car and consumption ratings can be expected to remain broadly similar: between 45.6mpg and 47.9mpg for the petrol cars, and 55.4mpg to 60.1mpg for the diesels.

The family-oriented Crossland – which follows the Mokka in dropping its ‘X’ suffix – has been restyled three years after it was introduced, joining its larger Mokka sibling in receiving the brand’s new ‘Vizor’ front end.

Design tweaks are centred here, where LED headlights and Vauxhall’s simplified new brand emblem are brought together with the grille on a single panel. 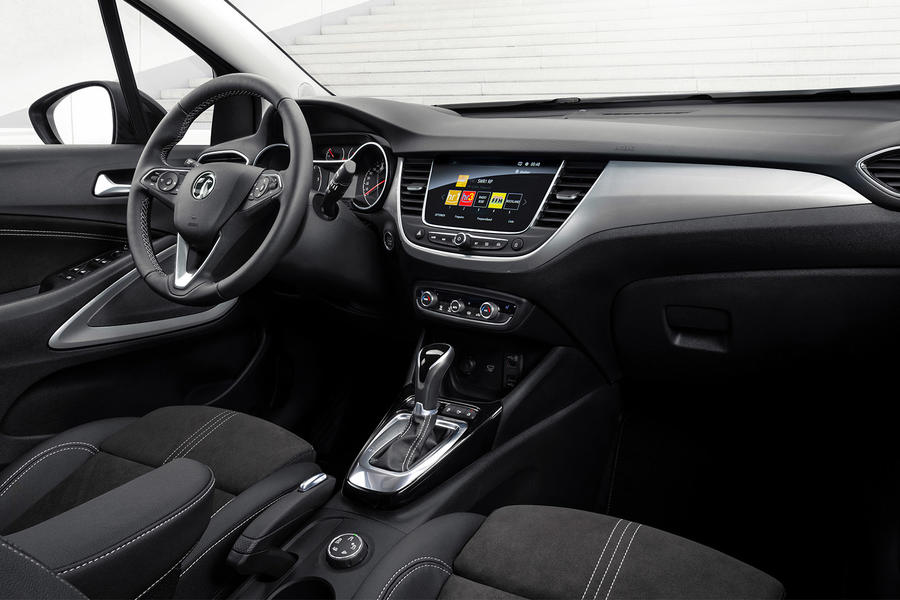