Hyundai has announced UK pricing and specifications for its bold new Ioniq 5 electric crossover, with it starting from £36,995 when it arrives later this year.

The first car to be launched under Hyundai’s Ioniq electric sub-brand, which is designed to spearhead a renewed push into electrification for the Korean brand, the Ioniq 5 will be sold in SE Connect, Premium and Ultimate trim levels, in addition to the limited Project 45 launch edition.

Entry-level SE Connect cars will use the 58kWh battery and a rear-wheel-drive configuration, thanks to a single motor delivering 167bhp. It promises a combined range of 240 miles and can manage 0-62mph in 8.5sec.

Also included on every model is 800V battery technology, bringing support for up to 350kW DC rapid-charging that can take the battery from 10% to 80% capacity in 18 minutes or deliver 60 miles’ worth of range in as little as five minutes. Previously, 800V cabling was available only on the high-end Porsche Taycan.

Premium cars start from £39,295 for a 58kWh battery and rear-wheel drive. Opting for the larger 73kWh battery pack raises that price to £41,945 but delivers the best range of the line-up, at 300 miles. Adding dual-motor four-wheel drive will cost £45,145, bringing faster acceleration but a lower maximum range of 287 miles. 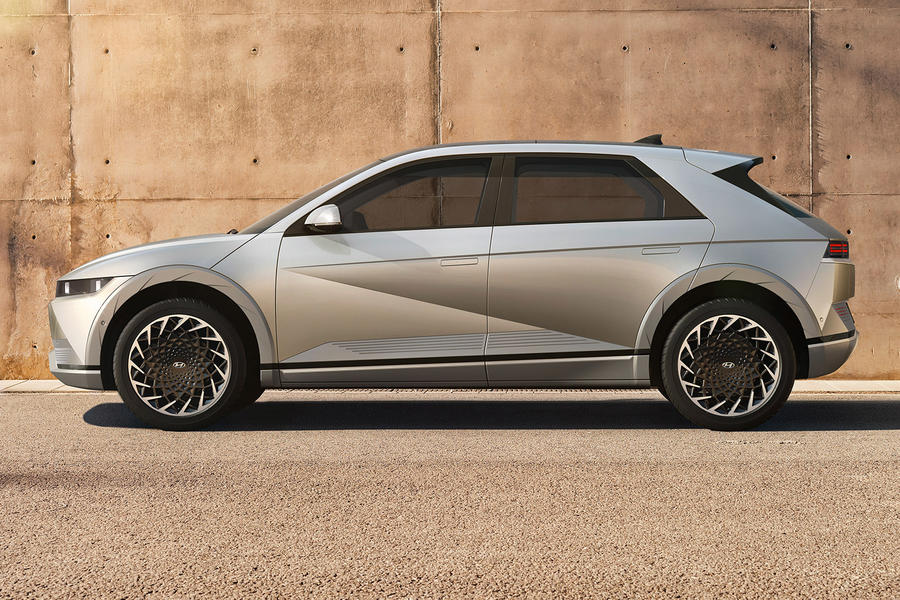 Underpinning all this is the new Electric-Global Modular Platform (E-GMP). Built specifically as an electric platform, the flexible underpinnings will also be used for the upcoming saloon-shaped Ioniq 6 and an SUV called 7. As with most battery-specific platforms, it features a skateboard layout giving a flat interior floor.

Rather more uniquely, the Ioniq 5 has the facility for vehicle-to-grid charging, a rarity in current electric cars. Not only does this mean that the car will be able to charge laptops or electric scooters from a plug socket under the rear seat, but it also allows the 5 to act as a mini generator. Assuming the local grid could support it, it’s possible for the 5 to push electricity back into the grid when it’s plugged in at an owner’s home. Doing this when electricity is expensive, and then drawing back out of the grid when it’s cheaper, could lead to significant savings for customers.