McLaren’s latest creation is the Sabre, a highly-limited bespoke model that will only be sold to 15 pre-allocated customers in the US.

The Sabre, revealed by the Woking brand’s Beverly Hills dealership rather by than the manufacturer itself, is created by McLaren’s Special Operations divison. It’s said to be capable of 218mph flat-out, making it the fastest two-seat model the brand has yet produced.

Although many technical details of the Sabre are yet to be provided, we know it puts out 824bhp from (we expect) a highly-tuned version of McLaren’s venerable 4.0-litre twin-turbo V8. That figure is 35bhp more than the Senna, with an identical torque figure of 590lb ft. 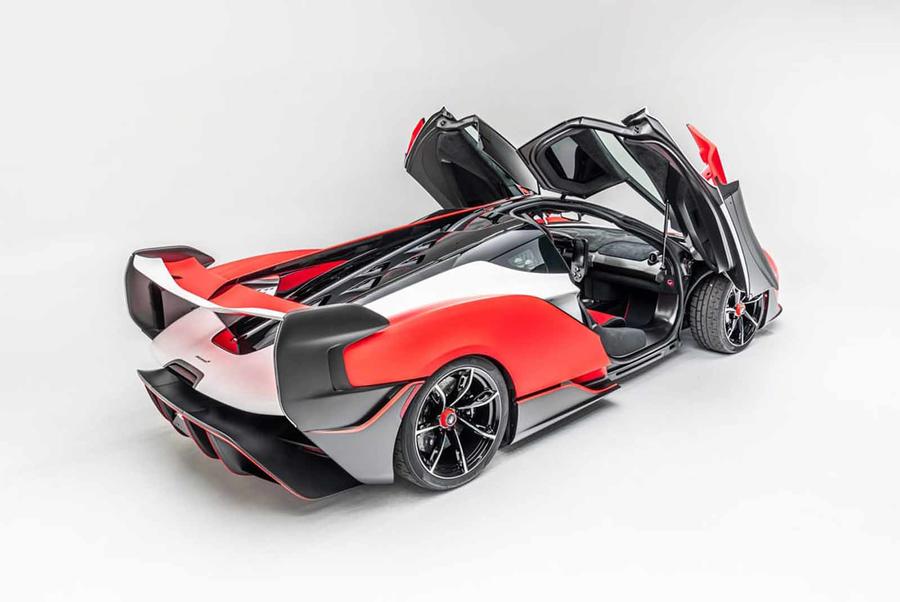 It’s assumed to be based on a Senna underneath, with extensive body modifications enabled by relatively lax homologation requirements in the US. The Sabre’s aero package is said to reach “new limits” via an LMP1-style fin running down the centre of the roof, giant rear diffuser and distinctive three-slat wing.

It is alleged that customers had a hand in setting up the cars dynamics to suit their requirements during prototype track testing earlier this year. The first example has been delivered at an undisclosed price estimated to be well into seven figures, with the other 14 examples due to find homes in the coming weeks.

Flat-out in McLaren’s ultimate trio: F1 vs P1 vs Senna

2 hours ago
Jaguar Land Rover begins recovery from £861m loss in 2020
3 hours ago
Lotus Emira handed public debut as Goodwood celebrates brand
3 hours ago
Opinion: Why the best cars are the most surprising ones
5 hours ago
Stellantis and Foxconn partner to form Mobile Drive software arm
6 hours ago
Vauxhall Vivaro-e Hydrogen van arrives with 249-mile range