Additionally, Porsche deputy chairman Lutz Meschke told Autocar that the platform, currently reserved for Audi and Porsche models only, saves 30% of costs from developing its own architecture.

Despite the models’ differing roles, Baumann said: “There are no real differences in the challenges of developing the Taycan and Macan. The current Macan is not so aerodynamic and we’re working hard on this. It’s the Taycan team working on it. With the Taycan, we haven’t given anything up to get the aerodynamic performance and I’m confident it will be the same for the Macan. The 600kg battery isn’t beneficial to dynamics, but the low centre of gravity is an advantage.”

Being a purpose-built all-electric model, there’s no need to package a conventional powertrain up front, allowing for a lower nose, Baumann added.

“The design of the electric Macan is the next step, but it will be immediately recognisable,” he said, despite it having “no common body structure” with today’s Macan.

Although the existing Macan received a facelift in autumn 2018, four years after it was launched, the model is now likely to live for longer than originally planned as Porsche hedges its propulsion bets.

Meschke suggested the overlap for internally combusted and full-electric Macans will be “a couple of years”. The take-up of electric cars is growing but at different rates in different countries, not least because the infrastructure is only patchily appearing and isn’t always reliable. 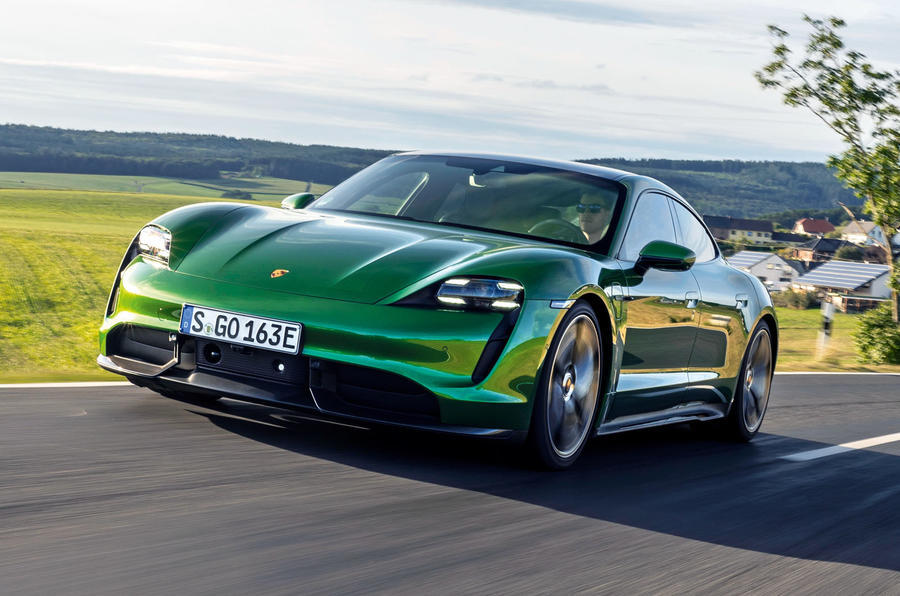 “It’s difficult to say when the transformation will end. It’s different by region,” said Baumann. However, Meschke predicts that “30-40%” of Porsches sold will be all-electric in five years’ time.

Baumann added that the new Macan will “maintain the DNA of the previous model. It’s our biggest seller. We’ll keep the spirit. It’s the sportiest model in the segment.”

Despite the performance potential of the PPE architecture, which delivers sub-3.0sec 0-62mph with the Taycan, the Macan EV will not be a coupé SUV. Baumann said: “We need to keep the everyday usability. It’s usually the main vehicle in the household.”