The eight event series uses the established PC game iRacing and features a total of 92 competitors in 46 teams, with each professional driver paired with an esports pro. Teams will race in identical virtual Dallara Formula 3 cars, with a mandatory pit stop for driver changes – a first for an F3-based series. The esports racers will begin each event with a “fun race” opener, where the car and track are only announced two hours before the race begins.

The current crop of Formula One drivers are no strangers to sim racing, but Haas driver Grosjean was among the first to launch his own esports team.

“Since the lockdown there has been a boom in esports in general,” the R8G Sim Racing owner explained. “I enjoy working with the guys, owning the team, but above all racing with them.” 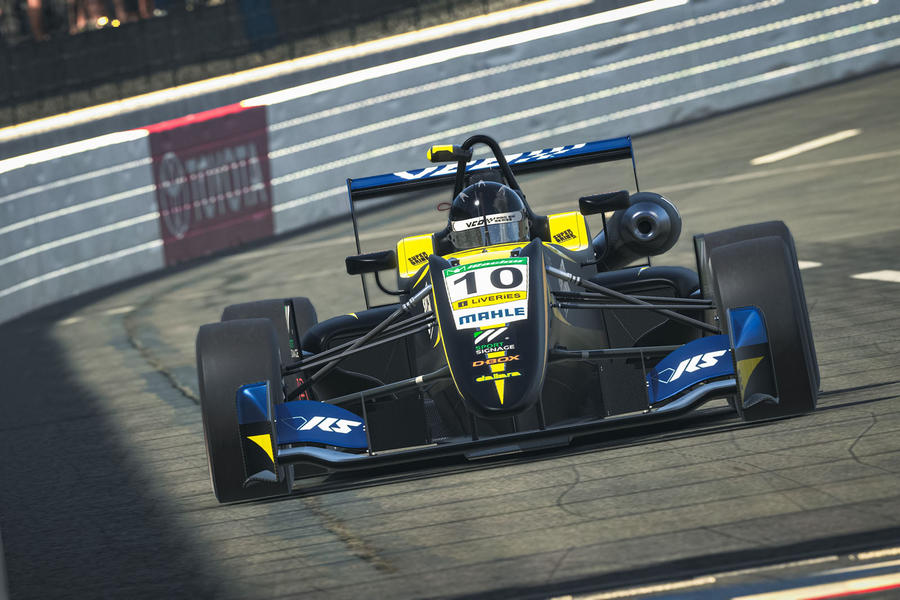 The opening event will be held on the Twin Ring Motegi circuit, with fans on social media voting to see their favourite track. It will see the ‘pro’ drivers contesting qualifying and the final stint, and the esports racers driving for the start and opening stint of each 40-minute race. That order is then reversed for each subsequent event.

“Qualifying is going to be intense,” Red Bull Racing eSports driver Sebastian Job said. “The two Maxes (Verstappen and Benecke) are the favourites, but it’s a ten minute session and we’ll all be out on track. It’s impossible to predict.”

Drivers are competing for a $50,000 (£38,000) total prize fund, and the winner of the Fun Cup will also earn a personalised SiFaT Performance simulator rig. Points will be awarded down to the 30th position, with the season set to conclude in March next year.

The first event begins tonight at 1900hrs GMT and will be streamed live on YouTube.

Virtual racing was booming before lockdown – you just didn’t notice