The new Volkswagen Golf GTD is now available to order in the UK, priced from £32,790, making it the cheapest GT version of the Mk8 Golf.

That price, £670 less than the manual petrol GTI, broadly maintains the kit offering of the pricier GT models. That means the ‘IQ light’ LED matrix headlights with automatic high-beam and an illuminated grille, LED honeycomb-design foglights and 18in alloy wheels are standard. 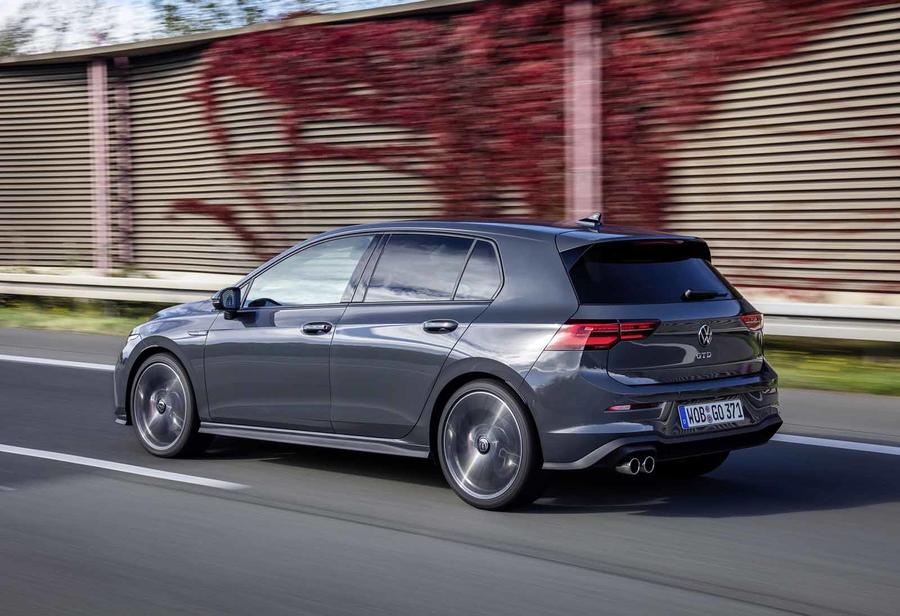 The GTD badge was first used in 1982, and today’s car is conceived as the long-range ‘endurance athlete’ of Volkswagen’s hot hatch family. This latest version of the Mk8 Golf features styling updates to match the new versions of the GTI and GTE and has a claimed range of up to 600 miles.

It’s powered by a new version of Volkswagen’s EA288 Evo four-cylinder turbocharged diesel engine, which has been tuned for 197bhp, up from 181bhp in the previous GTD, and 295lb ft of torque. Unlike the the GTI, the GTD is offered with only a seven-speed dual-clutch automatic gearbox. That translates to a 0-62mph time of 7.1sec and a top speed of 152mph.

It uses the same suspension set-up as the GTI, with McPherson struts up front and a multi-link system at the rear. It also features Volkswagen’s new Vehicle Dynamics Manager system, which controls both the electric differential (XDS) and the adaptive dampers (Dynamic Chassis Control).

The GTD sits 15mm lower to the ground than the standard Golf, plus it features a front axle differential lock and sound actuator. Like all other Mk8 Golf variants, it will be offered only in five-door form.

The exterior and interior design tweaks mirror those of the GTI and GTE. All three feature a restyled front grille, a large honeycomb-patterned air intake, a diffuser and a roof spoiler. The GTD also gains a silver light bar across its grille.

The GTD badging is now all in silver (it’s red for the GTI and blue for the GTE), and the car sits on 18in or 19in alloy wheels. The diesel also gains red-painted brake calipers, like the GTI.