The GTI uses the same upgraded version of the Volkswagen Group’s MQB platform as the regular Golf Mk8, with suspension by MacPherson struts at the front and multi-links at the rear. It’s also fitted with a new Vehicle Dynamics Manager, which controls the electric differential lock (XDS) and optional adaptive dampers (Dynamic Chassis Control) to improve the balance between maximum comfort and driving dynamics.

Volkswagen’s engineers have also reworked the steering, making it more direct in a bid to improve both response and feedback. 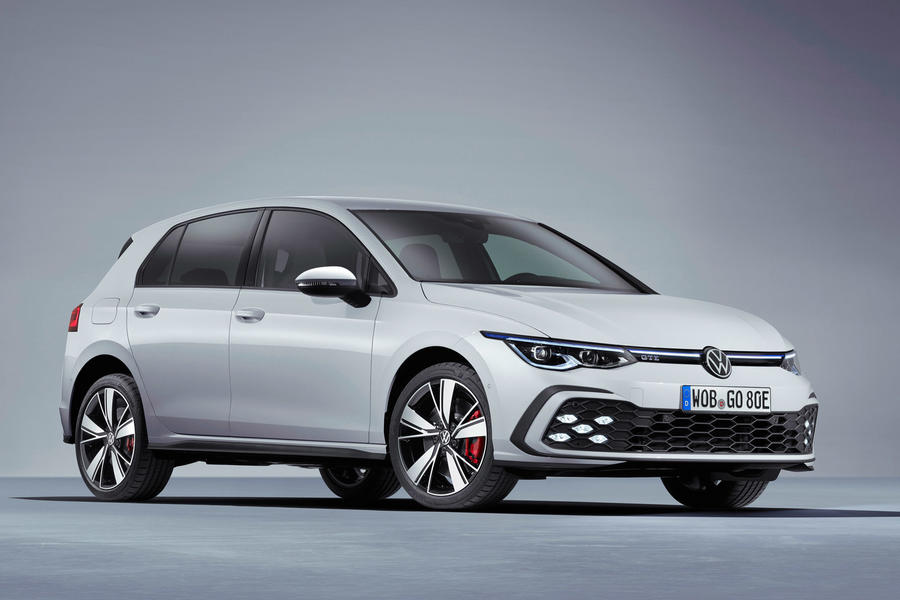 The GTI will form a GT trio with the new GTD diesel and GTE petrol-electric plug-in hybrid, which Volkswagen expects will account for around 15% of Golf sales.

The designs of the three performance models have been brought into line by way of a bespoke front bumper, a roof spoiler and other flourishes. While the GTI retains its familiar red styling accents, including for a new illuminated bar running across the front grille, the GTD uses silver and the GTE blue.

The GTI also continues with its classic twin tailpipes and red brake callipers, with the latter now featuring on the GTD and GTE, too. Each model sits on 17in alloy wheels as standard, and 18in and 19in versions are also available. As with the regular Golf, there are no longer three-door versions of the GTI, GTD and GTE.

All three GT models feature the upgraded electronics and technology introduced on the standard Golf, including a number of new driver assistance and safety features.

This also means that many of the physical buttons and switches inside are replaced by a larger central touchscreen and touch-sensitive panels.

The GTI features the Golf’s top-spec 10.0in infotainment touchscreen as standard, while the GTD and GTE come with the 8.25in version but can be upgraded.

Meanwhile, the standard 10.25in digital instrument display features a GTI mode that highlights the rev counter.

A new sports steering wheel has been added, while the manual gearlever retains the traditional ‘golf ball’ knob. For the first time, the GTI, GTD and GTE will all be offered with differing varieties of Tartan trim, with the traditional red stitching of the GTI replaced by grey and blue in the GTD and GTE respectively.