The first production-like prototype for Toyota’s new-generation Aygo has been seen testing on European roads.

Although the images don’t give us extensive views of the new Volkswagen Up rival, they do show what appears to be a near-finalised bodywork design underneath the  camouflage.

Familiar Aygo design cues include slim overhangs, wheels pushed to the edges of the bodywork and a short, upright body. We can also see cues, such as the shape of the rear end from the side, taken from the latest Yaris.

Testing alongside that was a different prototype (oddly, on the same numberplates), which instead sports adapted Yaris bodywork.

Toyota Europe boss Johan van Zyl confirmed earlier this year that a new-generation Aygo is coming and will be designed and engineered in Brussels, Belgium. It will be assembled at the same plant as the current car, in Kolín, the Czech Republic, with Toyota taking control of the facility from the PSA Group. 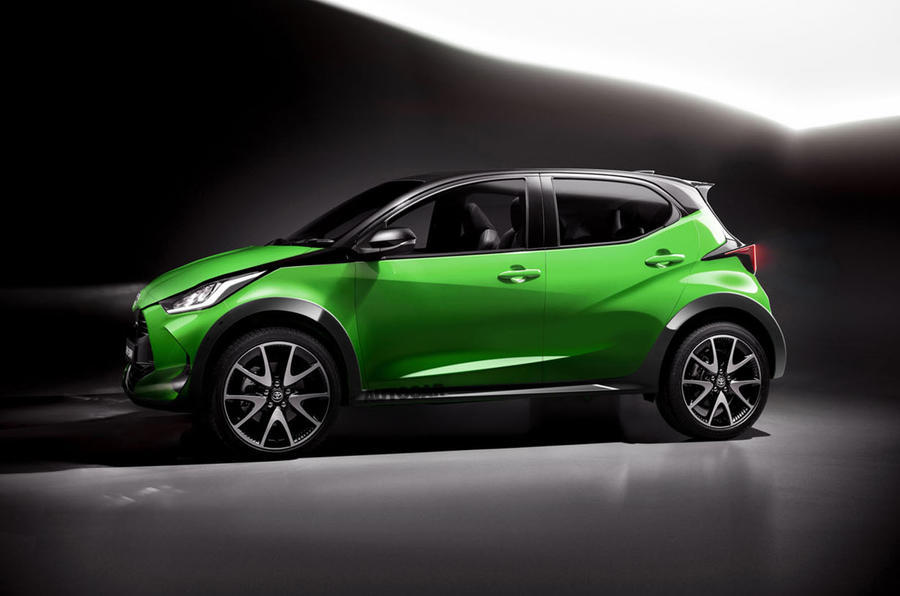 The current Aygo is built there alongside the platform-sharing Peugeot 108 and Citroën C1. However, there are no successors planned for either French model, so the Japanese maker will go it alone in the hope of capitalising on other manufacturers – such as Ford, Vauxhall and (in the UK at least) Renault – giving up on the A-segment.

Speaking to Autocar in 2019, vice president of Toyota Motor Europe Matt Harrison claimed the current Aygo is a “profitable business equation for us”, unlike many of its rivals.

“We have an awful lot of equity in Aygo,” Harrison said. “We’re selling 100,000 a year. It’s got a personality all of its own so it gives to the brand rather than takes away. It’s the most relevant car for a young audience so it’s the access point of the brand.”

Little technical detail on the new Aygo has been made public. It’s likely the model will be based on the same (albeit shortened) TNGA GA-B small car platform as the Yaris. That should substantially improve chassis stiffness, benefiting ride, handling and refinement. As well as the standard version, Autocar understands a crossover-style variant could be on the cards, too.

With Harrison acknowledging that this segment is “all about affordablity”, the Aygo is expected to be launched with a conventional petrol engine at first. However, a lower-cost adaptation of the Yaris’s hybrid system is likely in time, given the pressures of CO2 corporate fleet average emissions.