Renault is about to sharply ramp up its electrificaion drive and will next week unveil a new electric SUV concept alongside the production version of the Dacia Spring, said to be Europe’s most affordable EV.

Few official details about Renault’s concept car have been released, but it’s likely to draw heavily on the boldly styled Morphoz concept shown earlier this year, albeit with more production-oriented styling details.

The Morphoz was notable for its shape-shifting functionality, extending from 4400mm in length in City mode to a full 4800mm in Travel form. Although such technology is unlikely to make production in the coming years, the Morphoz was designed to showcase the flexibility of the Renault Nissan Mitsubishi Alliance’s new CMF-EV platform, upon which next week’s concept will sit.

The SUV has been described as Kadjar sized and will compete with mainstream electric cars such as the Skoda Enyaq and the Kia e-Niro. It will represent the beginning of a new styling direction for Renault, taking cues from some of the Morphoz’s less radical design elements. 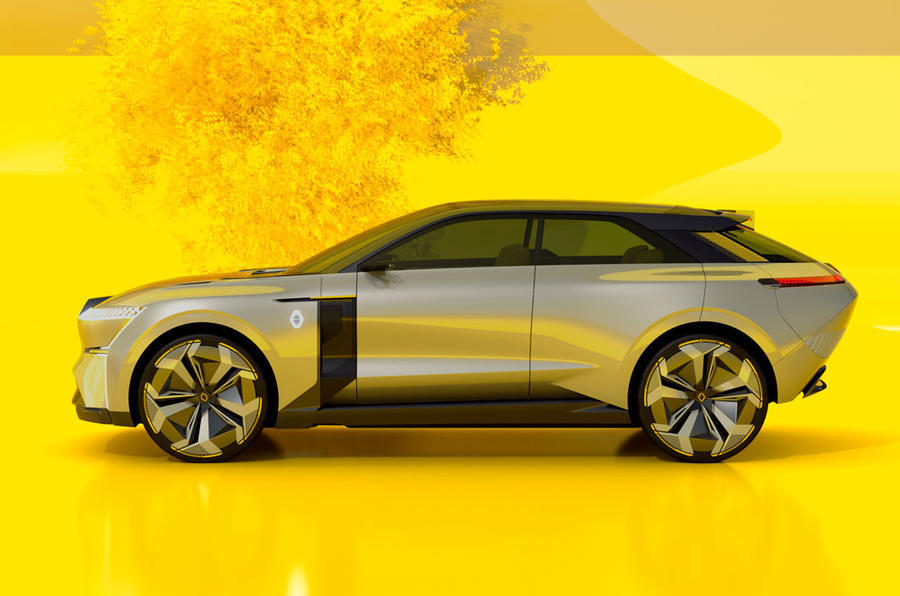 Expect slim wraparound LED light bars at the front and rear, flared wheel arches and a pointed rear overhang to be among its defining features, but some of the more dramatic lines will be toned down for production and the traditional large concept-style wheels will be dramatically downsized.

The skateboard-style CMF-EV platform will underpin a range of “B+ and C+ segment” cars, which will sit above the Zoe and (not-for-UK) Twingo ZE in Renault’s EV line-up. Renault claims the batteries have been “streamlined” to allow the vehicle to sit closer to the floor and for the wheels to be pushed closer to the corners.

Technical details of the concept car are also unconfirmed, but the Morphoz was equipped with a 40kWh battery for a claimed range of 249 miles, while offering space for an additional 50kWh unit that extended the range to 435 miles.

The Dacia Spring has already been shown in near-production form ahead of its launch next year. It’s heavily based on the Chinese-market Renault K-ZE electric crossover, offers a claimed range of more than 125 miles and has been designed with a dual focus on private buyers and car-sharing schemes. The company claims it will be Europe’s most affordable EV but has confirmed that there are no plans to sell it in the UK.

At next week’s launch event, Renault will also provide more details on the European version of its Arkana coupé-SUV, which went on sale in Russia in 2018 but has now been given the go-ahead for a launch here.