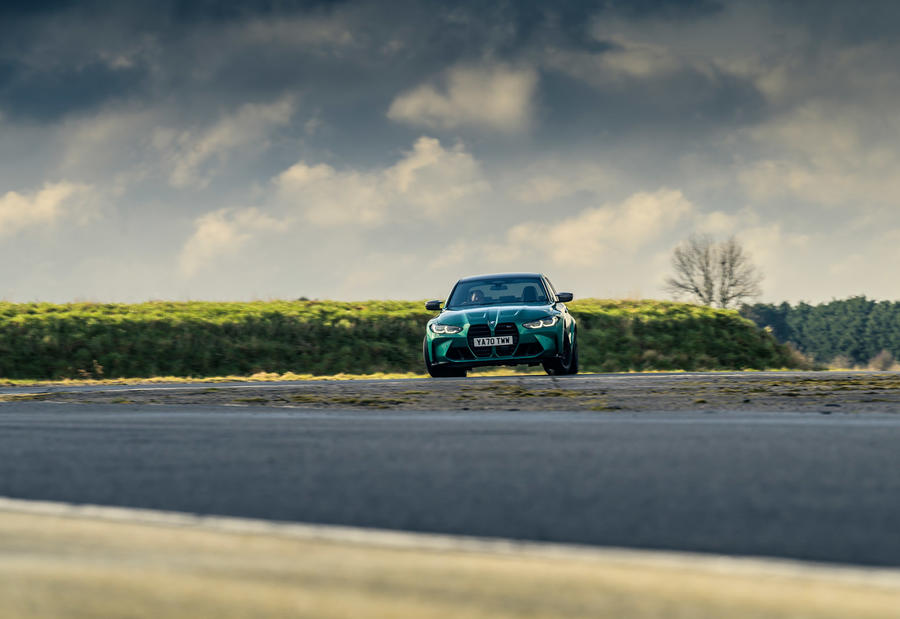 But it’s how deep that response runs into the M3’s chassis and steering that really puts the BMW back on top – for this tester, at least – by a narrow but critical margin. Not for everyone, though. Three of us testers drove the M3, the Giulia and the E63 S over two days on the road and on a track during the course of this test, and the other two – Prior and James Disdale – ended the exercise liking the Alfa best.

Awkward, that, but it wouldn’t be fair to hide it. Autocar testing is usually a pretty democratic business. The thing is, the tester whose job it was to make the argument in writing (and who did the most on-road miles in it) thought – and still thinks – the M3 does it slightly better. Here’s why.

This BMW may be a fairly big saloon now (wider across those carbonfibre-capped door mirrors than even the E63 S, would you believe, and only very slightly narrower in the body), but it still feels low enough, lean enough, sufficiently agile and flat and superbly spry and precise to be in a different dimension than the AMG for overall driver involvement.

That the longer, heavier car could stay with it around a track and would simply lay waste to it on an autobahn may be true, but it counts for much less than other things when you’re weighing up the overall driver appeal of the two cars. The smaller saloons both clearly have more of it, which might surprise you.

The M3 works better on a track or a well-surfaced A-road than on a really sunken, uneven B-road, admittedly. But super-saloons aren’t and never have been perfect cars for fast back-road driving. The Giulia may be more fluent over bumps and feel narrower between hedges than the M3, but a good hot hatchback or a lightweight two-seater would be much better than either. Super-saloons are cars for bigger, faster, smoother roads, typically – and tight, bumpy ones can make even the Alfa feel underdamped and overpowered.