Toyota has given the Gazoo Racing treatment to its C-HR crossover, ushering in sportier styling, suspension tweaks and “sharper dynamic performance”.

The new C-HR GR Sport model has been developed with input from Toyota’s Le Mans- and WRC-winning performance division, which is playing a significant role in the expansion of the Japanese brand’s line-up, having helped to create the GR Supra and GR Yaris.

The C-HR GR Sport is marked out from the standard car with a black finish for the headlights, foglight housings an central bumper section. The background of the Toyota badge also receives black detailing, as does the front grille.

Further emphasising the GR Sport’s sportier appearance is the addition of a more aggressive front spoiler and black door mouldings, while the rear gains black reflector surrounds and a new under-bumper trim panel. 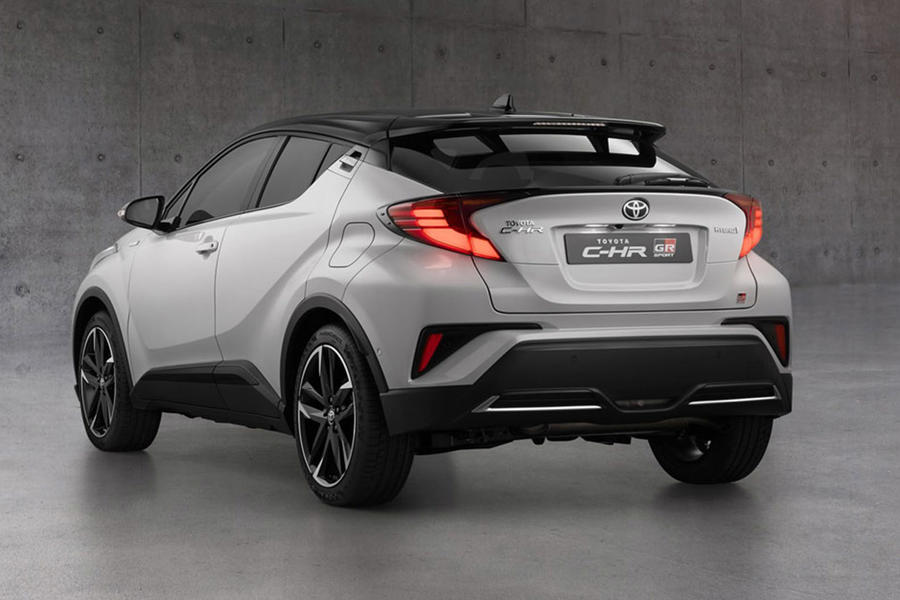 The C-HR GR Sport rides on a set of new performance-inspired, two-tone 19in alloy wheels and receives suspension revisions that are claimed to “improve body roll and pitch control”.

The front and rear springs have been stiffened by 10% and 15% respectively and the shock absorbers have been tuned to increase damping force.

Buyers can choose from eight new paint colours to complement the black detailing, including an exclusive grey-and-black combination. Inside, the C-HR GR Sport adopts a red-and-grey theme, with the steering wheel and shift lever sporting a perforated leather finish with red stitching.

The C-HR GR Sport will be available with the same 1.8-litre and 2.0-litre petrol-electric hybrid powertrains as the standard car.

More details regarding pricing and further specification will be released closer to the model’s launch in early 2021.