Following last week’s explanation of V8 engines, how could we not follow up with a look at Ford’s new 7.3-litre Godzilla V8? Announced last year to power the next crop of Ford’s Super Duty pick-up trucks, the Godzilla is far from cutting edge; in fact, it’s about as old-school as things get these days.

Harking back to the Ford FE big-block V8 of the 1950s, which was also developed for trucks but went on to power the likes of the 1960s Mustang, the Godzilla is a two-valves-per-cylinder pushrod engine with traditional port fuel injection, rather than modern direct fuel injection. It still has a cast-iron block but with alloy cylinder heads and is built using modern materials and components, such as low-friction-coated pistons and a variable-capacity oil pump that consumes less power when the engine isn’t working so hard.

A pushrod engine has a single camshaft inside the engine block, with pushrods passing up through the block to operate the exhaust and inlet valves in the cylinder head. This is simpler and cheaper than using overhead camshafts, which are more efficient, because they act almost directly on the valves. However, it does have a variable camshaft timing system that helps it perform at its best at different revs and loads (how hard it’s working). Another small benefit of the cam-in-block design is that it reduces the height of the engine.

The Godzilla isn’t moving any game forward, but it’s impossible for an engine lover not to get excited about it. Ford Performance is now offering the huge V8 as a ‘crate’ engine for a shade under £6300 in the US (literally you order it and it arrives in a crate), opening up the way for anyone who wants one for a road or racing project.

In its standard form, the Godzilla is designed to run on relatively low-octane fuel (87) and produces 430bhp at 5500rpm and 475lb ft of torque at 4000rpm, with a compression ratio of 10.5:1. These figures reflect the kind of stump-pulling power and torque needed for massive pick-up trucks, but its basic statistics make it ripe for much more. It has a stronger forged steel crankshaft as standard, rather than cast iron, good-quality pistons and connecting rods and oil jet-cooled pistons.

Tuning parts are already being made for the Godzilla and engine developers are on the case. Michigan-based Team Z Motorsports, run by a former head of Ford Performance, Brian Wolfe, has demonstrated a modified naturally aspirated Godzilla producing a shade under 790bhp in a dynamometer test. When supercharged, it is expected to make 1600bhp. That’s helped by its robust design, which has four-bolt and cross-bolted main bearing caps that, combined with the steel crankshaft, add up to an immensely strong bottom end.

While the Godzilla can hardly be described as new technology, Ford’s huge amount of experience in producing engines like this should ensure that it’s one of the best of its type ever produced. 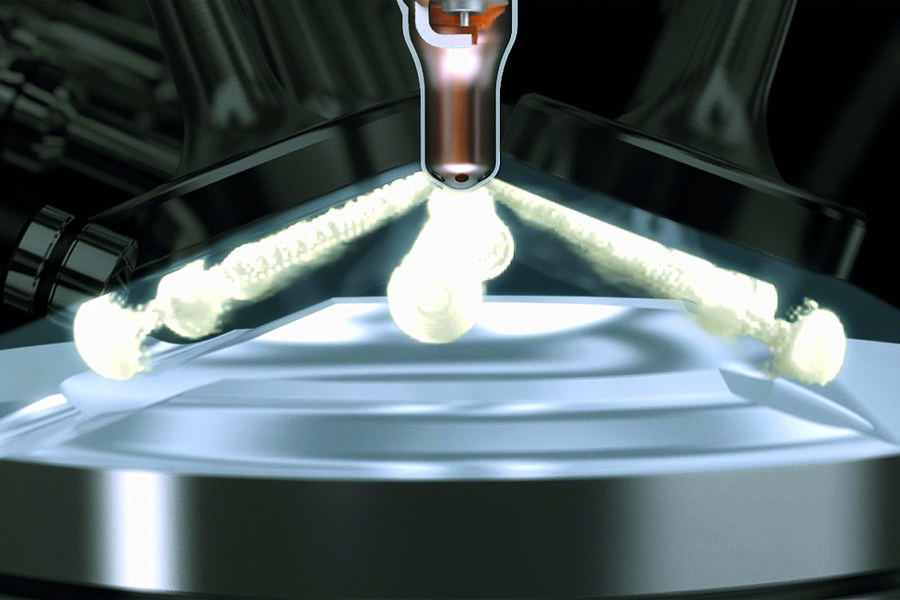