Timing is everything, they say, and the 1982 UK launch timing of BMW’s E30-generation 3 Series was spot on. Princess Diana’s wedding the year before had given spirits a boost and, in a couple of years, enough lucky people would begin to feel richer, thanks to rising wages and house prices and a booming stock market. The classy, good-to-drive E30 captured the mood perfectly and, thanks to its wide choice of bodystyles (two- and four-door saloons, convertible and Touring estate), engines (four- and six-cylinder) and transmissions and decent level of equipment, it quickly became the motor of choice for a generation of pushy drivers.

Fast-forward almost 40 years and those same people, although now less pushy, are helping to rekindle interest in the E30, with the result that good ones now cost almost as much as they did when new and, in some cases, much more. You want an E30 M3, not covered in this guide? Depending on its condition and provenance, it will be between £40,000 and £190,000.

Fortunately, prices for less exotic but sound E30s start at about £5000, rising to around £12,000 for something like a low-mileage 1989- reg 325i Touring auto. Alternatively, you can get involved for £2500, about right for a tatty runner with rust, a patchy service history, a creaky cabin and malfunctioning electricals. Sounds bad, doesn’t it, except that, if you’re lucky, you might land something like our ‘One we found’ example, an honest motor with flaws but, at heart, as solid as a rock. 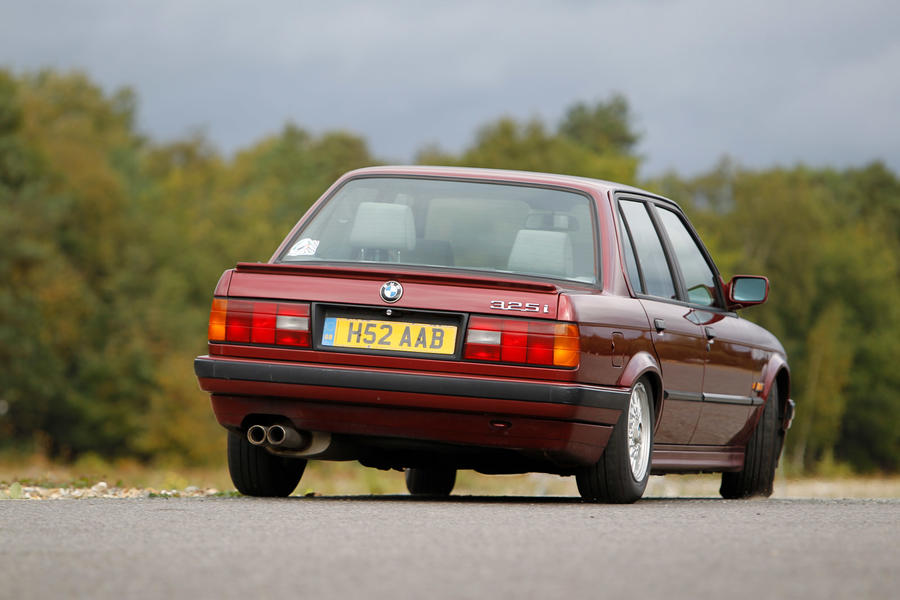 The E30 was a big improvement on its predecessor, the E21 (1975-1982), with more secure rear-drive handling, a much-improved driving position and higher levels of smoothness and refinement. However, despite its superior engineering and construction, it rusted just as badly. The 1987 update brought improved protection in this respect.

Given they were cheaper and the bigger sellers, the cooking 318i and 320i saloons are today the most numerous E30s, split roughly equally between manuals and automatics. Of the two, the 320i manual is the one to have but regardless, at this distance, condition is everything. Rust, particularly, will wipe away any smile. Convertibles, available in Baur-built and later BMW-built forms (the former retains the door frames) are reasonably plentiful but pricey. Definitely one to buy with your head rather than your heart.