It’s easy to spot the people who have really successful careers – because they then tend to go and do something different equally well. Look at Tommi Mäkinen. It might have seemed improbable for a farmer from Puuppola in Finland (close to the home of Rally Finland in Jyväskylä) to eventually become a four-time world rally champion, but he managed to do it.

It seems even harder to believe that the same man would then go on to build a team from scratch, designing a car that was radically different from the others. But he did that, too – and won the world championship with it. Both drivers’ and constructors’ titles, as it happens.

Motorsport is littered with stories of absolute greats who tried that and failed: mostly in Formula 1. Names like Prost, Surtees, Fittipaldi. In rallying, Sébastien Loeb also has his own team and, while the circumstances are very different, it’s not going to be winning any world titles soon.

But Tommi – quiet, gently spoken Tommi – has succeeded in taking Toyota back to its glory days, ever since his Tommi Mäkinen Racing squad, based out of that motorsport metropolis that is Puuppola (population 1300), entered its Yaris WRC into the world championship for the first time in 2017. From 2018, they’ve won a championship every year. 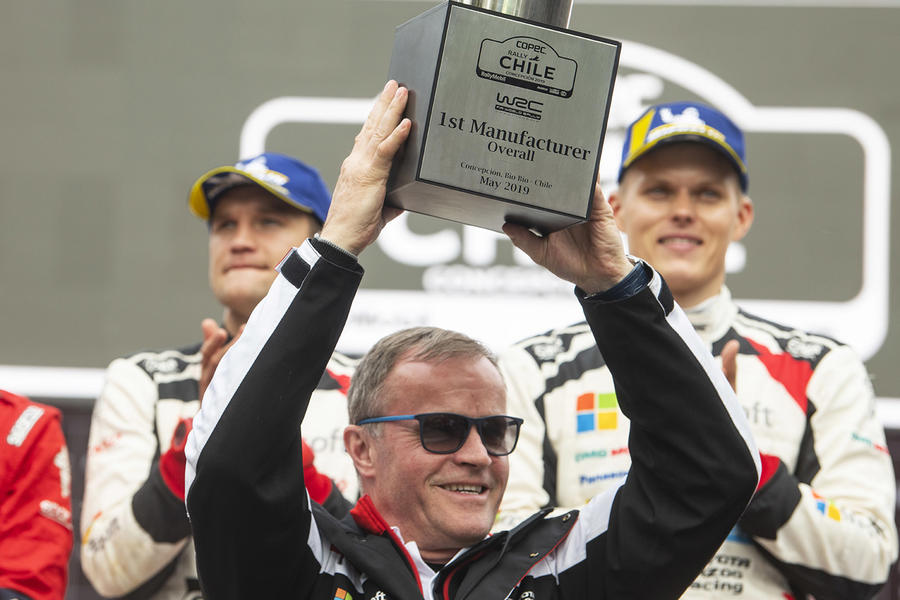 Never, ever underestimate Mäkinen. Colin McRae observed many years ago that the unassuming Finn always had an uncanny knack of being in the right place at the right time. “Even when he has a problem,” said McRae, during one particularly troublesome Safari Rally, “he seems to have that problem in exactly the right place. I don’t know how he does it.”

Now it’s time for the next chapter. Toyota has announced that it will in effect be bringing its World Rally Championship operation in-house (a bit like it does for the Le Mans team) and Mäkinen will move to a new role as motorsport advisor. This means he will be hands-off from the WRC as of January next year and will not attend every event – although the structure in Puuppola will remain to run the cars.

Mäkinen isn’t revealing much about his future beyond what he’ll do with Toyota, where he’ll also help develop the manufacturer’s sporting road cars. Don’t be surprised if you see similar icons to the Mäkinen Edition Lancer Evolution VI emerge in years to come.

Intriguingly, though, he also says he’s got some other “new challenges and ideas” that he hopes to find time for. Tommi always has a plan. And it normally surprises people.