Remember when rallycross was going to be the ‘next big thing’? It really was, wasn’t it.

Only a few years ago it had manufacturers queuing at the door to get in, with Audi, Citroën, Ford, Peugeot and Volkswagen all giving their blessing either directly or through official support of an established team.

With exciting, high-powered cars competing door handle to door handle in a series of frantic sprint races, it was thrilling to watch and, crucially, straightforward to capture for a TV audience who were bored with processional F1 or didn’t have the time or attention span for multi-day WRC coverage. There were big names too, including multiple champ Petter ‘Hollywood’ Solberg, WRC colossus Sébastien Loeb and the internet-breaking giant that is Ken Block. It’s arrival in the big time was finally announced when it was awarded bona fide FIA world championship status in 2014.

And then just as suddenly as it rose to fame, it fell from grace. The blue-chip manufacturers pulled the plug one by one, each citing slightly different reasons, but scratching beneath the surface revealed an organisation that wasn’t quite on message when it came to the clean and green image that the OEMs were out to foster. The series’ organisers were dithering when it came to committing to an electrified rule book and manufacturers weren’t willing to hang around while options such as Formula E were gaining traction.

Obviously the pandemic hasn’t helped, but the 2020 world championship was a shadow of its former self and even in the US, where rallycross was set to be even bigger, there was dwindling commitment from competitors and fans. And in global terms, 2021 isn’t looking much better, with just seven rounds pencilled in and defending champ Johan Kristoffersson unsure whether he’ll be able to find the budget to compete.

So is that it for rallycross? Of course not. Ever since the first-ever race in 1967 at Lydden Hill, the sport has witnessed its ups and downs. In the UK, it was primetime fodder in the 1970s, then it went on the wane until the WRC’s ferociously fast and recently banned Group B monsters made their way from the stages to the circuits in the late 1980s, encouraging punters to tune in all over again and witness fire-spitting Ford RS200s wage war with howling Metro 6R4s. 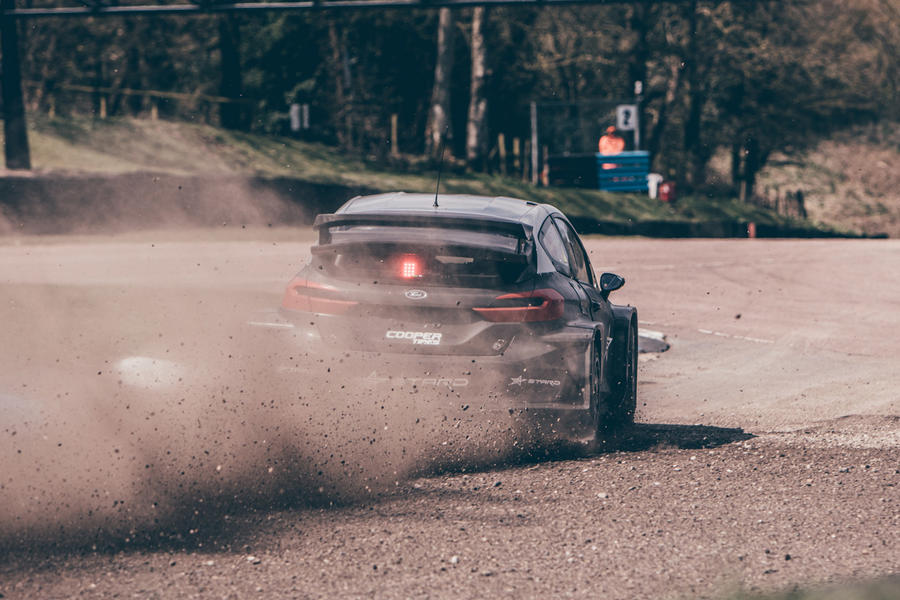 All the signs are that rallycross will bounce back again. There’s a new promoter on board (the same one that’s behind the WRC), while cars such as the STARD Ford Fiesta prove that the discipline is getting a grasp on the changing climate, in all senses of the term. Crucially, cars like this can realistically compete without manufacturer backing, the technology delivering current ICE supercar performance in a plug-and-play package that’s as accessible for the big teams as it is the well-heeled club competitor.