When Bugatti announced that Andy Wallace had driven the Chiron to 304.8 mph at the Ehra-Lessien test track in August last year, many predicted that this new production car speed record would effectively be the final one. Especially as Bugatti announced it wouldn’t seek to defend it if anyone went quicker.

But that didn’t happen. In October relative minnows SSC announced that another fearless British racing driver, Oliver Webb, had driven the Tuatara to what they said was 316mph on public roads in Nevada, offering an in-car video as evidence.

It didn’t take long for some of the internet’s keener amateur sleuths to point out some marked inconsistencies between the car’s apparent velocity and SSC’s claims. As such, the company has now committed to redoing the run.

Now Hennessey is joining the mix with the Venom F5, a 1817bhp hypercar that company boss John Hennessey says has been built around the explicit target of beating the 500km/h mark – that’s 311mph. And if the F5 can’t manage it on the 3.2-mile long runway at the Kennedy Space Center, he plans to take it to a stretch of public highway, too.

But all of this raises an interesting issue – who actually records (or arbitrates) on production car speed records?

The short answer seems to be nobody. Guinness World Records used to have a category that was widely cited by those seeking to establish precedence, but the organisation has confirmed to Autocar that there is no current holder for the ‘Fastest Production Car’ category. As the Bugatti Veyron Super Sport seems to have been the last car given the title back in 2010, this raises the subsidiary question of whether a record can be considered lost without direct replacement.

More recently, everyone has gone their own way. When Koenigsegg set a 278mph record in the Agera RS in Nevada in 2017 it did so using independent outside verification. The company says it considered trying for a Guinness record but decided not to after being told that the run would have to take place in an internationally recognised facility and that the car would have had to have been tested against five direct competitors – a bit thin on the ground when it comes to hypercars with four-figure power outputs.

Koenigsegg’s achievement was unusual in being universally accepted as representing a new record, the company having taken a two-way average of speeds set in a homologated production car. Few get to be so lucky, and even before the SSC debacle the lack of a recognised standard meant that most claimed records cause arguments as the relative merits of one-way records and the intricacies of ‘production’ status are discussed in sometimes minute detail. (Check out the relevant Wikipedia page for an idea of the relative quantities of heat and light.) For what it’s worth, Koenigsegg still believes it holds the record as the Chiron’s run was one-way only. 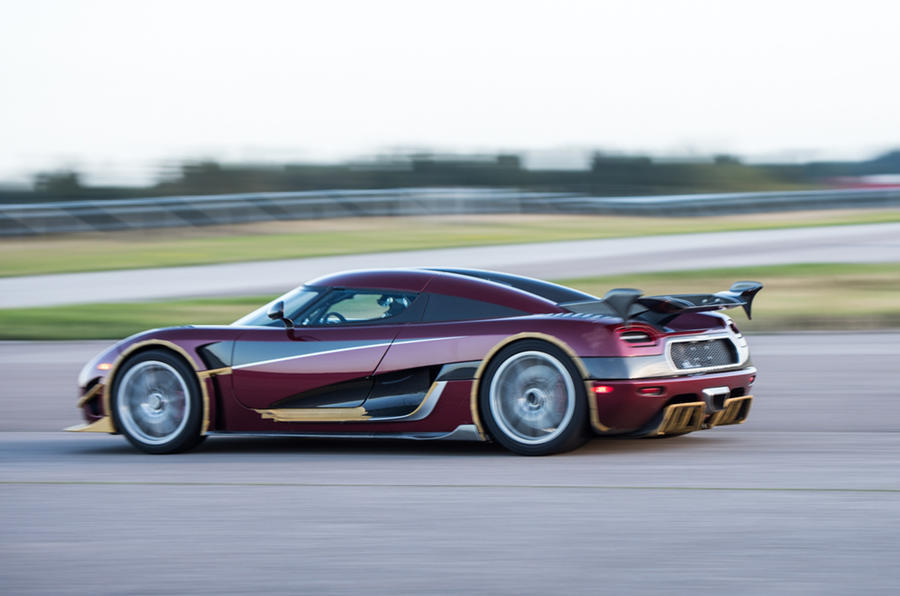