I’ve been competing in hillclimbs for decades — ever since my eldest son turned 16 and he’s just celebrated his 40th, poor old thing. In fact, it was he who provided the perfect excuse for me to get involved in something I’d always meant to try properly since a brief foray in university days.

He’s my stepson, actually, and I’m sure he won’t mind my telling you that his natural father died in a car accident when he was three. I turned up when he was five, married his Mum when he was seven, taught him, his brother and a horde of their friends to drive in the woods in an old Landie from 11 upwards — but it still concerned me that as they approached licence age, we needed to find a way of keeping them away from danger.

When Jon turned 16 I bought a second-hand Caterham Supersprint, hired the Curborough sprint track for half a day, buttonholed an instructor I knew and let him teach us the ropes. The smiles said it all: my son proved to be a pretty decent driver and for the next decade or so we did sprints and hillclimbs together, always double-driving the same car (we’ve competed in six of them, over the years). Sometimes we were as little 0.01sec apart. Jon usually beat me in the dry and I was occasionally better in the wet. 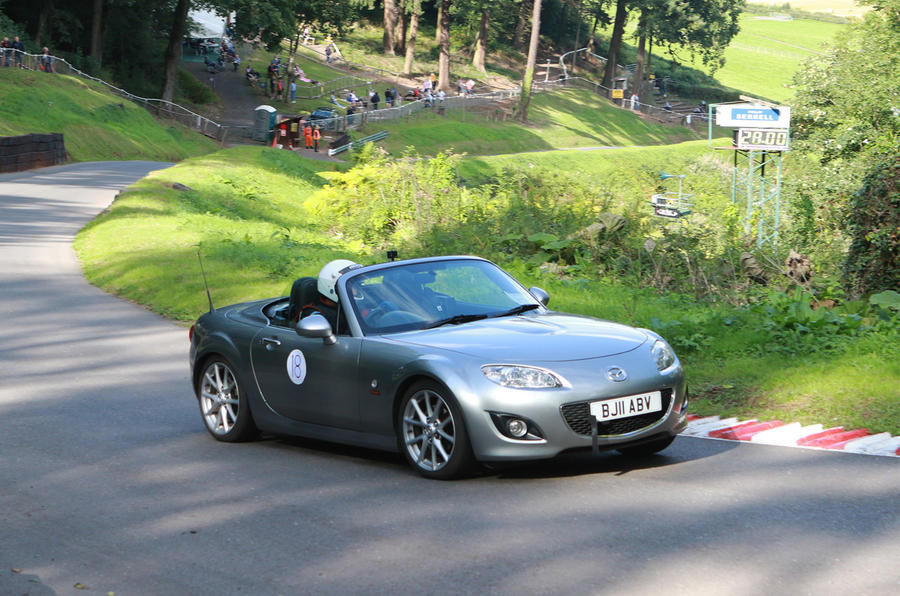 Point is, we learned to love it. As my son approached 30 he started to be diverted by career, mortgages, girlfriends and the rest (though he still makes the odd cameo appearance) but I found myself continuing to do three to five events a year just for the hell of it.

There are many good reasons for getting involved. It’s entirely amateur, the people are friendly, the car variety is amazing (once, at Shelsley Walsh, my Lotus Elise was parked next to a monoposto Lotus built for the Indy 500!) and the venues are welcoming, scenic and never more than pleasantly crowded. The entry fees aren’t extortionate (£120-£140 an event) and you get to behave like a proper racing driver: overalls, helmet, race numbers, scrutineering and all the rest. You always find someone in the field who’s exactly as quick as you, so you can compete politely hard, and you’re always rewarded by employing the usual racers’ edges – practice, concentration and good preparation.

At our level you drive your car to the meeting (we did a few trailer years but I’d never go back) so at the end of a meeting you just amble happily home, always assuming you haven’t stuck your car under the Armco. We never did. Your licence doesn’t require any ARDS test; you simply fill in a form, send it to Motorsport UK with a few quid and it comes back in the mail.