This week, Steve does some soul-searching regarding the purpose and morality of his trade: automotive journalism. He also ponders a glut of Land Rovers and enjoys a spin in an Audi R8.

Does car journalism matter, or is it really a tiny coterie of lucky enthusiasts indulging themselves for the benefit of a slightly larger minority? In bad moments, I sometimes think the latter might be true – but a forward peep today at my activities planned for the next two days (I always leave things late) makes me think we have our uses…

Through lockdown, you might recall, car news hardly flowed. Hope you didn’t notice it too much, but filling pages wasn’t always straightforward. The trouble for car makers was that they still had urgent news to spread – via car conferences and launch events – because tough new clean air regs are coming and nearly every company has revised models to sell. So when things opened up, Covidwise, most of them rushed to hold launch events for people like us, knowing that social distancing would dramatically cut the number of reporters they could invite. It’s been tough, but some have found ways to prosper. And Land Rover has done it best (see below).

To Heathrow’s Terminal 5 Sofitel hotel early on, with half a dozen selected hacks, to pick up my very own short-wheelbase Land Rover Defender 90 P400 – a model they want to start selling from the year-end. The route pre-installed in the excellent new nav system takes us (via a distanced lunch) to Gaydon, the Jaguar Land Rover proving ground, where a large auditorium and a short presentation await. 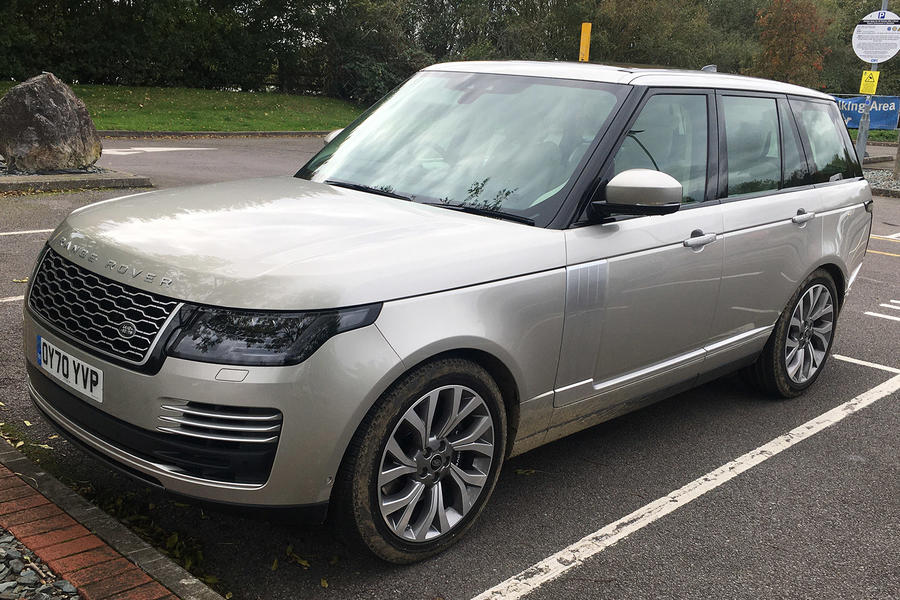 Outside, our Defenders have been magically replaced by a sanitised line of Evoque plug-in hybrids, one per hack, and there’s a new route in the sat-nav. We do 60 miles in 90 minutes, driving our second new model that day. Soon we’re back at Gaydon, directed to one of its back blocks, where a stunt coordinator-cum-madman called Leigh lets us drive crazily about in an authentic Bond movie stunt Defender 110 (yep, chassis No 007), proving again what a tough creation it is. Back at the Gaydon meeting space, the Evoques have been replaced by Discovery Sport PHEVs and away we go on another circuitous route to a sanitised hotel in nearby Stratford, where we’ll spend the night. That’s three cars and four experiences. My head spins and my notebook bulges. Early night.

Up early, we choose from a new line of red six-cylinder Range Rover Sports (powered by the new-to-us mild-hybrid D350 diesel powertrain) and depart on a circuitous electronic route to Eastnor Castle, where Land Rover has been developing off-road models since the first Range Rover. There, we change to low-spec, short-wheelbase Defender P300s, carefully sanitised, to do some serious off-road driving in little-penetrated estate locations such as Hospital Wood and tackle famously tough obstacles like the Camel Dips (built for the original Camel Trophy competition) and Nine-Rope Hill, where you use to have to join nine tow ropes together to get even a Defender to the top.