In this week’s automotive adventures, Steve enjoys a waft in the opulent Bentley Mulsanne, but can’t help noticing it feels a little more vintage than it used to, coos over classics at the Salon Privé and more.

At the beginning of an extraordinary week of undeserved opulence, a Bentley Mulsanne sighs into our drive, my transport to tomorrow’s Salon Privé at Blenheim Palace, 40 miles away. The V8 ‘woofle’ is so delicious that the Steering Committee and I seize the chance of a few miles of wafting at lunchtime, at once marvelling at the car’s ability to smooth pock-marked local roads while disloyally noticing that the distinguished old flagship’s age is showing here and there.

More recent cars from Crewe have better proportions, more logical controls and nicer seats. They’re also a shade quieter and ride a bit better. Even from our lowly position as occasional Bentley users, we see things have moved on. Back home after 50 miles, I can’t decide whether such conclusions are soul destroying or life affirming…

Media day at Salon Privé. The weather is beautiful and it’s instantly clear the event has been hearteningly well supported by the motor industry, despite all else. Alpine, Morgan, McLaren, Ferrari, Lamborghini, Bentley and Lotus are among the makers on hand, and there’s the usual smattering of speculative hypercars I’ve hardly heard of. I can’t find the appointed car park so I leave the Mulsanne among the exhibits on the main drive. The yellow vests don’t care; it fits right in.

For us, these events are talking-shops. The Morgan guys announce that their new visitors’ centre is open: come and see. A Lotus bloke enigmatically lets slip that his company and Williams Advanced Engineering – recently at loggerheads over progress with the Evija electric hypercar – are now “co-operating to deliver success”. Not the end of the story, clearly. Bentley boss Adrian Hallmark tells me Crewe is back at 100% production, has plenty of orders and is on target to deliver its promised mid-2020s battery model. Whenever I hear Hallmark speak, he strikes me as one of the very few for whom running a globally important luxury car company is a natural level.

Today I leave the Bentley at home in favour of a chauffeured Rolls-Royce Cullinan, which wafts me from Gloucestershire to the Goodwood HQ so I can try the new R-R Ghost. Yes, I know my colleague Mr Prior has already reflected on it, but they offered and I couldn’t resist. At first I’d thought a few Rolls-versus-Bentley observations might be possible, but the Ghost is starting a career whereas the Mulsanne has moved into retirement. Not a fair fight. 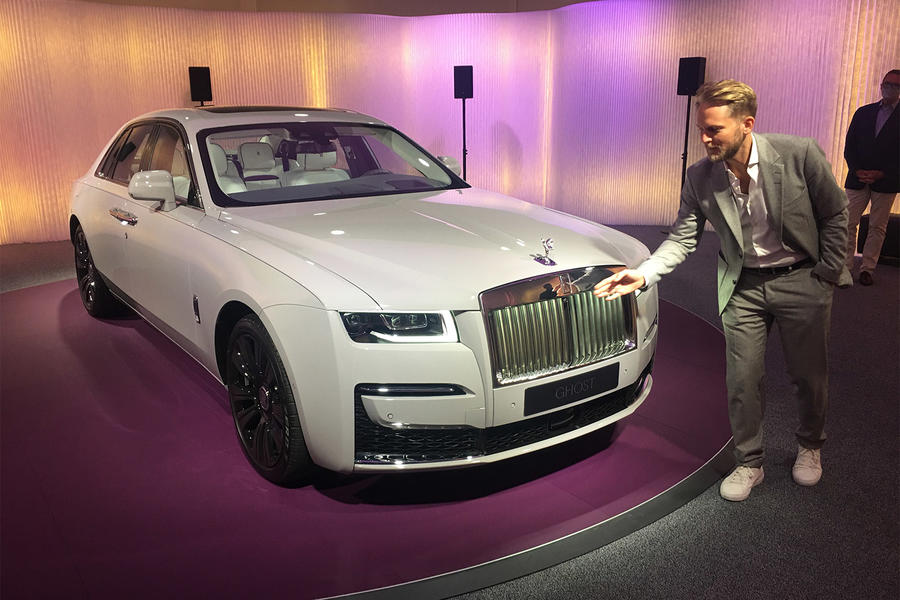